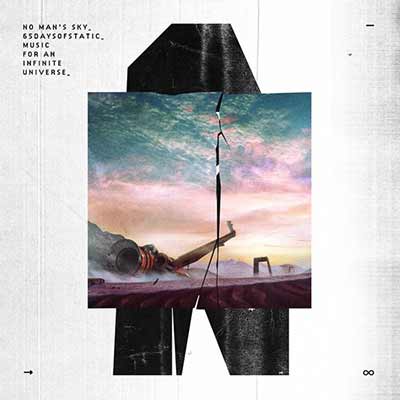 No Man's Sky: Music for an Infinite Universe (Original Soundtrack)

Even if you haven’t played the game, the soundtrack for No Man’s Sky covers two discs of utterly engrossing electronic ambience and pulsing moods.

There’s something special about the No Man’s Sky soundtrack. On its own, it’s perhaps better than the game it’s based on. (The game is, reportedly, not worth the hype that surrounded it.) The soundtrack is an engrossing and dynamic ride that captivated me from beginning to end, despite its long run time.

The entire soundtrack is in a similar vein to the Ghosts record from Nine Inch Nails. Some tracks are longer than others, but when they are, they feel like four or five songs pieced together from a single nebulous idea. “Monolith”, the first track, is the perfect example of that: the song twists and turns for over six minutes, but it never feels like it abandons its premise.

In other ways, No Man’s Sky is as exploratory as the game it’s based on. No Man’s Sky, the game, is an exploratory game that challenges the player to move from the outer rim of the galaxy towards the centre, exploring potentially billions of planets on the way, cobbling together better spacecrafts, learning alien languages, and fighting for survival in harsh planetary conditions. No Man’s Sky, the soundtrack, asks a simple question: “How can music capture the same feeling of exploration?”

In that sense, the soundtrack’s greatest success is that it doesn’t feel like it repeats itself. Obviously, there are basic themes and motifs that often carry from one song to the next. Some tracks sound like they run into each other — the rhythms, in particular, often feel similar from one song to the next. But like any great soundtrack, these familiar notes don’t dominate the record. They’re used as catchphrases. They allow the listener to feel rooted in something familiar, even when the explored territory is alien or novel.

At many points throughout the soundtrack, I’ve wondered how this music would fit in a video game. The music is bombastic and calls attention to itself, and would feel out of place even in a superhero flick.

As a result, the soundtrack for No Man’s Sky stands alone. Experience with the video game isn’t a prerequisite for enjoyment. It’s what makes the music work.

No Man’s Sky: Music for an Infinite Universe is the perfect music for those of us who like ambient music that we can sink our teeth into when we want, or need, to think. It’s one of the best soundtrack releases of 2016.