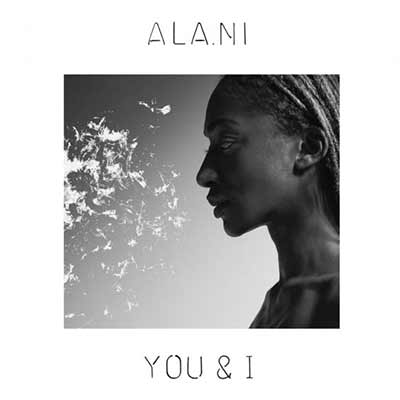 ALA.NI’s debut feature-length record is from a different era: one that was more innocent. Despite that sound, she never feels anything less than authentic – and she never sounds less than inspired.

The first time you hear “Cherry Blossom,” you might be shocked by the song’s retro trappings. It’s not that the production is poor, or that it feels forced (like so many “retro” records do). Clearly, ALA.NI is nothing less than authentic.

But it feels like ALA.NI has arrived from another era. It’s as if she spent most of her life hanging out with Ella Fitzgerald and Cole Porter. YOU & I is the sort of record that people don’t make anymore: the songs don’t cradle themselves within theatrics, and share more in common with lullabies than anything we might consider jazz or pop today.

But there’s a sense of innocence throughout the record that it feels like we’ve lost. That innocence, which I feel we traded in for sophistication, is what makes ALA.NI so memorable. Her subtle choral effects have something in common with Feist, but it doesn’t feel likely she’s ever listened to Feist.

It would be easy to mistake this innocence for naïveté, but tracks like “Darkness at Noon” (which has a stupendous chorus) suggest that ALA.NI isn’t foreign to emotional trauma. It’s just that she chooses to frame the experience of life through lenses that are different from how we’re used to hearing it.

YOU & I is over almost as quickly as it begins. Many tracks are under three minutes long, and some are under two. When the album is over, you’re left with the rare sensation that it just wasn’t long enough. ALA.NI might be emulating a style we’ve long forgotten, but for many of us, hearing it again is an emotionally powerful sensation. It’s such a rarity to hear music that, at its most basic level, still packs an incredible emotional punch.

I immediately hit Play again, and put the record on repeat. I suspect that you’ll do the same.