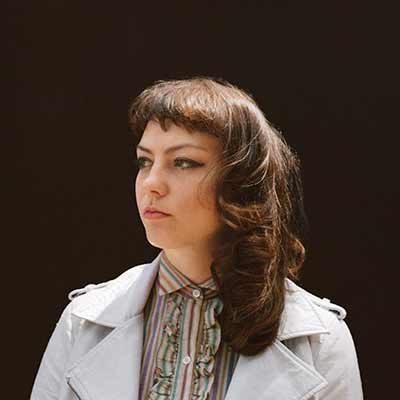 Angel Olsen remains as enigmatic as ever on My Woman — no doubt her best record yet.

I’ve been listening to My Woman for two weeks now, trying to put together cohesive thoughts on this difficult-to-define record. After all, what does one say about Angel Olsen?

I’ll start with the most obvious: she refused to be pigeon-holed. Every album Angel Olsen releases redefines her, placing her in a new spectrum of ideas and music that defy expectations. It makes it hard to write about her, because judging her by previous metrics is impossible.

Angel Olsen forces you to judge her present work in a vacuum.

Somehow, though, each record feels better than the last. Although comparing them is foolish, My Woman feels like the real Angel Olsen. But then again, so did Burn Your Fire for No Witness. (You see the problem here?) As always, My Woman is a statement. This time around, Angel’s got love on her mind.

“Shut Up Kiss Me” feels anthemic, while “Never Be Mine” offers a counterpoint to that song’s intense passion. The themes of the tracks are clear from the title, but the musical and vocal intensity that Angel delivers them with leaves no doubt about her intent with the track. Angel’s vocal prowess elevates the subject matter.

“Give It Up” feels like Nevermind-era Nirvana, and that feels fitting for Angel’s take on the despair of love. My Woman makes love sound constantly painful; even when it’s good, it hurts. It’s fleeting when you have it, infatuating when you don’t, and painful when it’s gone. Angel’s take on love is similar to the way Buddhist monks talk about pain: love, lovelessness, and unrequited love are all crazy moments in time that dissipate as soon as they materialize. And every change is a blessing and a curse.

At least, that’s what Angel says on the first half of the record. On the album’s second half — particularly “Sister”, “Woman”, and “Pops” — Angel makes the case for her womanhood. Similarly defined by pain and wreckage, this is Angel at her heaviest and most aware.

The two halves of this record are stylistically at odds. The latter half is so much slower and more subtle than the first, but it never lags — even while it sprawls into eight-minute opuses. On “Pops”, Angel’s distorted voice carries the weight of a two-ton hammer. “I’ll be the thing that lives in a dream when it’s gone,” she sings.

With that, Angel writes her thesis about love: it’s a thing of fancy, and the dream is better than the reality.

It’s fitting to me that there’s no modern comparison for Angel Olsen’s music. We often compare her to Dolly Parton — perhaps her clearest idol — but there’s obviously room to add Nancy Sinatra and Joni Mitchell to the list. Angel Olsen isn’t a throwback, but she captures the dreamy female-led pop prowess that many of us love and miss. My Woman captures that spirit better than any of Angel’s previous records. It’s Angel’s best and most powerful record yet.