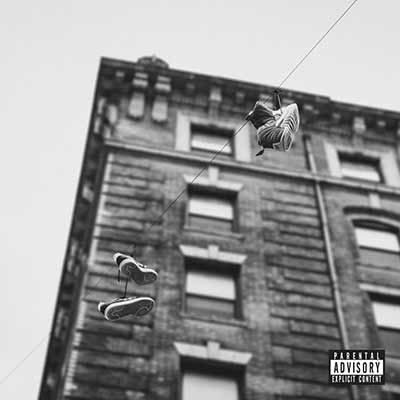 The Easy Truth is an echo of 1990s hip hop, but it feels inventive despite playing with familiar constraints. For people who miss vintage beats, that might be enough.

Apollo Brown & Skyzoo know the kind of hip hop they’re making. They bleed 1990s-era hip hop and make music that has an obvious love for old-school Dre and Tupac. Apollo Brown serves as producer, bringing a Detroit vibe to the mix, and it’s clear from his sense of flow that Skyzoo looks to his hometown of Brooklyn for inspiration.

The Easy Truth is the first time the two rappers have collaborated together. It’s an interesting mix that won’t be obvious until you listen to it, but putting these two together to rap over vintage, often piano-laced beats is a stroke of genius.

Brown’s beats are sensationally old-school. There’s no other way to put it: if you’re looking for old school rap, there’s no better record this year. There are obvious similarities between the beats Brown makes and the ones Kanye was making for Common fifteen years ago.

Tracks like “Jordans & a Gold Chain” even feature Nina Simone-style samples reminiscent of “Diamonds Are Forever”, but with a strong dash of morose sentiment. Apollo isn’t making a “happy” hip hop record. As often as we long for the golden days of hip hop, he’s preserving them with the knowledge that things haven’t improved.

If anything, the Brown and Skyzoo are interested in talking about how the music, the culture, and the realities of blackness in America is getting worse. That either sits well with you or makes you giggle. It mostly makes me giggle — nothing is static in life, and the record’s longing for the “golden days” of hip hop feels a little silly. But it doesn’t ruin the music: as much as it’s about hip hop, it’s also a discussion about the way the black community has frayed over the past decade and a half. Or perhaps how things have mostly stayed the same.

On the flip side, Skyzoo brings incredibly flow and poetry to the game on The Easy Truth. There’s a clear emphasis in the mix — and in the styling — on his vocal performance, and it doesn’t disappoint. Maybe it’s the melancholic beats, but Skyzoo’s performance is elevated throughout to become something truly special.

And that’s the saddest part of The Easy Truth: it’s a tremendous record, made by two brilliant minds who play well together. But it doesn’t feel of this time. It feels very much of a time, but that time was over a decade ago.

If I’m being honest, I love that sound. I love the ’90s hip hop sound. But I don’t love it in the nostalgic sense. I just love how inventive it is within its own constraints. The Easy Truth feels inventive, even if it is an echo — and that’s what matters the most.