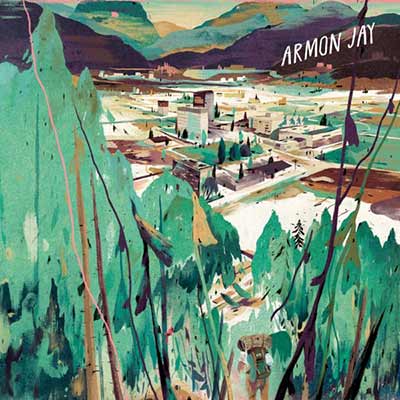 Armon Jay’s debut record is a rare treat: it’s a folk powerhouse that is both raw and naked in its vulnerability, with songs that feel like they’ve long been a part of our collective soul.

The fact that this record only has 90 plays on Rdio right now (and is hard to find on Youtube) is proof that the world still has terrible taste in music. Armon Jay’s quiet take on folk music is thought-provoking and sad, but also optimistic.

Flight from Sorrow reminds me of Jon Foreman’s (of Switchfoot fame) or Ben Gibbard’s (from Death Cab for Cutie) solo records. Jay’s voice is silky smooth, but it sounds particularly magical on these tracks. The Harvest is reminiscent of Fleet Foxes, carrying their angelic approach to songwriting throughout. To Be Honest is as heart-wrenchingly beautiful as its title implies, as Armon sings in the chorus:

”To be honest, we’re all a little scared,
And I’d be lying if I said I didn’t care.
To be honest, I don’t know if I’ll get there
But it ain’t the fear of dying that makes me come undone
It’s the fear of living with the man I might become.”

Armon explores different styles on songs like I’m Not Home Yet, and Thief in the Night. He’s on tour supporting Noah Gundersen right now, which is an obvious fit: he and Noah share many similarities. Their brands of folk music both feel authentic.

But while Noah Gundersen feels authentic and polished, Armon Jay has a raw quality to him that betrays how early he in his career. It fits the music perfectly: folk music is at its best when its performers sound both vulnerable and naked, and the production value on this record helps with both of those things. It’s a rare treat to hear somebody with such an obvious future, and know that we’re witnessing the beginning of something great.

Despite the fact that Armon’s only just beginning his journey, he’s already a tremendously well-rounded singer and songwriter, and I have no doubt that there are amazing things ahead of him. You’ll love this record.