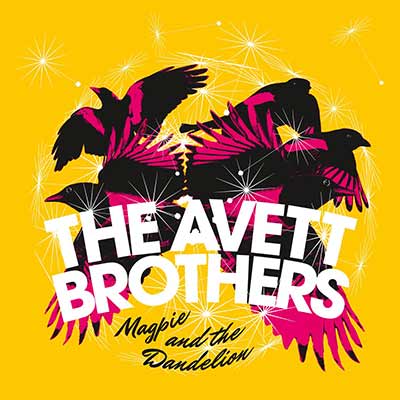 Magpie and the Dandelion

Magpie and the Dandelion isn’t necessarily the best Avett Brothers record, but the band still retains their identity despite the addition of more production gloss.

I love The Avett Brothers. I’ve talked about them before and I’m sure I’ll end up talking about them again. Their new record isn’t perfect, but I’ll take an imperfect Avett Brothers album over just about any other record sometimes.

The real complaint a lot of people have about Magipie and the Dandelion is that it sounds overproduced, or more like the Avetts are buried in the production. I can hear that, but I think people are wrong. This is The Avett Brothers at both their most energetic and their most melancholic. When they’re energetic, they’re on top of their game.

Open Ended Life is such a beautiful opener and filled with the sort of energy I’ve come to expect from these guys when they really let loose. It also sounds like traditional ho-down country at occasion, which some will find nauseating. I think it’s refreshing. Another Is Waiting is one of those fast-paced rockers that I swear I’ve heard the Avetts do before. But at the same time, it’s fresh. It’s youthful. And youthful is definitely the vibe these boys are going for with this record. Skin And Bones fits the Avett Brothers quite well.

When they slow down, despite a slow start with some earlier slow tracks, the Avetts still really know how to perform. Vanity is just perfect. Bring Your Love To Me is just a sweet, calm song (and it sounds great live). The Clearness Is Gone is just sad, but its organ sound reminds me of the older Avett Brothers stuff in the best way possible. But I think the saddest song, the one that might induce some actual tears from a couple listeners, could be Part From Me.

Some people talk about how The Avett Brothers feel like they’re not breaking any new ground with this record. Other people, like me, aren’t tired of them yet. I don’t need them to break new ground. I just need them to keep being awesome. This is well worth the listen.