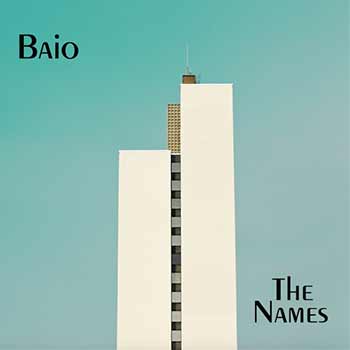 Chris Baio’s first solo record is a wildly successful debut that solidifies Baio as a trend-setter in his genres. While Vampire Weekend blends afrobeat and worldbeat styles with indie rock and alternative, Baio’s solo record experiments much more with electronic stylings.

Chris Baio is probably more familiar to you as the bassist of Vampire Weekend, otherwise known as the current hipster band du jour (they’re actually awesome, let’s be honest). The Names is his first solo record, and it’s both a lot of fun and a total departure.

The Names is a good mix of electronic and pop that’s really nothing like Vampire Weekend. Where they specialize in weird genre-tripping music, The Names almost feels more conventional (or about as conventional as trippy electronic pop can be).

That doesn’t mean it’s not a great record; it just means that it’s a bit of a different record. It’s one of the catchiest I’ve heard this year, and it’s got some wild sounds and interesting experiments on it.