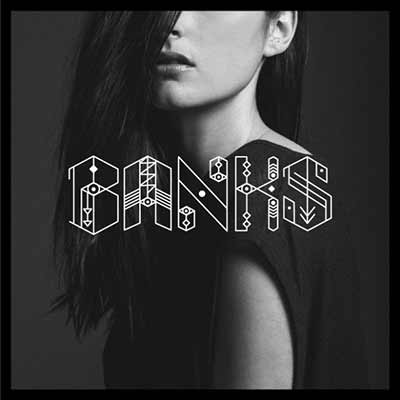 This four-track EP from the LA-based singer is simply seductive. The opening track, Waiting Game, is hypnotic. Although the styles aren’t overtly similar, BANKS’s London EP reminds me in tone of The Neighbourhood’s first LP, which I reviewed in Unsung Sunday’s first week. This Is What It Feels Like reminds me of Justin Timberlake’s sexier moments, where BANKS uses an octaver effect to great effect. The EP is moody and dark, but not inhuman — tracks like Bedroom Wall strike the balance between yearning and heartbreak perfectly.

Vocally, it’s hard to pin down BANKS’ influences. The Weeknd seems like an obvious one, but she’s reportedly obsessed with Fiona Apple. That’s a hard comparison to make, but I can see it: if you removed the dark atmosphere and electronic work in the background, and replaced it all with a sing-along performance, I could see BANKS covering Fiona Apple without a problem.

All these qualities come together perfectly for a four-track EP that doesn’t last a single second longer than it needs to. London is one of the most exciting debuts from an artist I can remember in some time.

I can’t wait to hear a full-length record from BANKS soon.