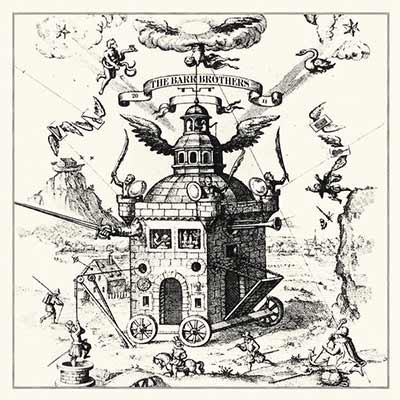 The Barr Brothers’ debut is a fantastic album that’s more than the sum of its parts. Every track packs an emotional punch as the band delivers authentic folk music.

Some records are great because they tap into feelings you didn’t necessarily know you had or felt. I think, when that happens, the music becomes something more. That’s when it stops just being a collection of notes and a series of melodies and it does something more powerful — something magical. It connects with us on a level where we can’t explain why we feel so strongly about it. We just know it captures us. It captures our collective soul and transcends. It becomes elementally powerful.

The Barr Brothers have released an album that does all of those things. I can’t explain what their music does to me. It’s tremendously powerful. Beggar In The Morning transfixes me. Old Mythologies captures the same sort of vibe that most of the songs from the Juno soundtrack managed to get. It’s cute, but magical. Give the Devil Back His Heart is just an example of the band showing off: The Barr Brothers can do a lot more than folk. These guys can be pure rock and roll. There’s an element of Zeppelin here, but it gets even stronger in The Devil’s Harp. Now that’s a Zeppelin-inspired rock song. You don’t even have to listen to Zeppelin to recognize it. But if you want to talk about rock music should sound, go no further than Lord, I Just Can’t Keep From Crying. Wow. That’s how you do a rock and roll song. The Barr Brothers are simply phenomenal. This is one of the best undiscovered gems of 2011.