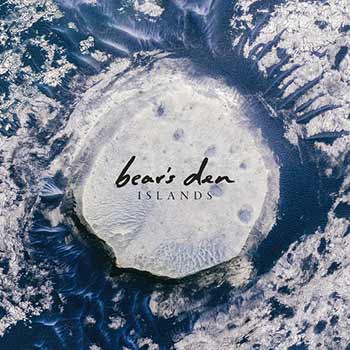 Fans disappointed in the way Mumford & Sons shifted towards pop rock instead of following along with their banjo-influenced folk rock might find respite in the more traditional styles of Bear's Den. While the band still records big rock tunes, they often back them up with quieter, more reflective songs that embrace the roots of American rock, resulting in one of 2014's more enjoyable records.

I’ve been listening to Bear’s Den since their first couple EPs, eagerly awaiting their first full-length record. With Islands, the band doesn’t disappoint. (There’s also a deluxe version of the record featuring a bunch of live performances, but I don’t think it’s worth the extra time.)

Bear’s Den has an incredible hint of soul and a depth to the group that sounds both like despair and Sunday morning worship. Almost every song is beautiful. Check out Isaac though. That’s a wicked tune. And I think the whole album sounds like that.

Bear’s Den are on track to become a hugely successful band if you ask me. (I honestly think they’d already be super popular if they had a better, less passive name.) Listen to this record as soon as you can.