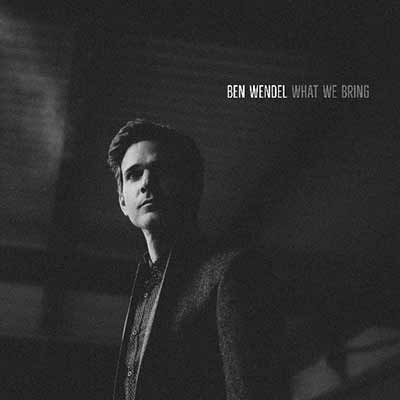 Ben Wendel doesn’t reinvent jazz on What We Bring, but he takes a carefully considered look at where the genre’s been and where it’s going. What We Bring is a stylistically gorgeous record that’s influenced by both John Coltrane and modern indie rock.

Fans of jazz will immediately note the familiarity of “Amian”, What We Bring’s opening track. While Wendel normally experiments with the jazz format with a swath of electric sound, What We Bring sees him embracing the genre’s acoustic side. “Amian” reworks John Coltrane’s eminently familiar “Naima”. The track serves as a statement of what What We Bring is about.

So yes, Ben Wendel looks back on What We Bring. The album is a retrospective on acoustic, traditional jazz. It reworks classic compositions with a modern perspective. In particular, Wendel’s quartet focuses on rhythm. Each of the songs on What We Bring features a strong rhythmic backbone, which makes some of the intricate solo work more approachable for jazz newbies.

In other places, though, Ben Wendel embraces indie rock. “Doubt” is a reinterpretation of Wye Oak’s track of the same name. Once again, the backbone is stronger here than in the original. If anything, Wendel makes the song sound even sadder than it did before.

“Song Song” feels like the most traditional jazz track here. While it’s still influenced by much of today’s more vocal indie pop, there’s a playfulness here that’s evocative of jazz’s golden era. Similarly, Wendel’s cover of “Solar” is both technically impressive and melodically astute — creating a version of the song that is both memorable and unique.

What We Bring is about what musicians bring to the table: their influences, their peers, their taste, and their ideas. It’s a fascinating concept for a jazz record. Artists with new ideas and fresh perspectives always refresh the genre, which is exactly what What We Bring encompasses.

What We Bring is a record made by masters, but it’s also humblke in its search for new ideas and fresh visions. It’s one of the year’s best and most interesting jazz records.