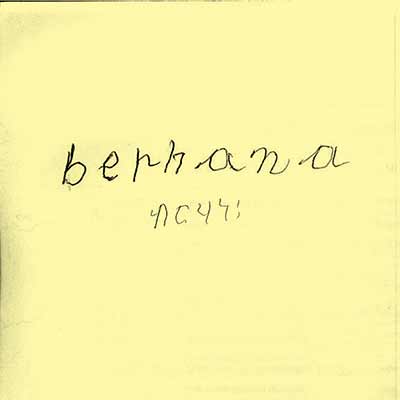 Berhana’s debut EP is better than it should be, and stands out from his peers in both R&B and post-Drake hip hop by adding a healthy dose of soul.

Slick production aside — and the production on Berhana’s debut EP is incredibly slick — the chorus to “80s,” the album’s second track, explains Berhana’s reason for being.

“Living in that 80s song,” he half-raps, half-sings, in what sounds like a drug-induced state. His music captures nostalgia for a period his target demographic was never alive in, mixing R&B with hip hop in a way not dissimilar from Drake — but with a lot more soul.

That soul emphasis is what separates Berhana from all the Drake soundalikes who are veering away from auto-tune and towards R&B’s smooth rhythms and flows. It’s like Berhana spent a lot of time absorbing Drake and Chance the Rapper’s understanding of the world, and channeled that style intro a fresh take on his favourite genre: soul.

Berhana sounds like he’s been educated in soul music his whole life. “You used to love me; I used to love you,” he crones on “Janet.” It’s a stand-out track — because it’s both steeped in soul’s mythology and drenched in an 80s vibe that’s incredibly believable. The woman Berhana idolizes could very well be Janet Jackson or Janet Hubert — we don’t know, and we don’t need to know, because there’s an emotional connection to the referenced time period that’s authentic either way. (To be frank, he uses Fresh Prince clips throughout, so I’m pretty sure it’s an ode to Janet Hubert, but the point is that it doesn’t matter because he’s harnessing nostalgia to make us feel something.)

In short, Berhana’s stylings and ethos are familiar, but more effective, than many of his peers.

But then there’s that production: it’s incredible. Something about Berhana’s debut feels magical, from the opening moment to the album’s closing. “Brooklyn Drugs” opens with what I think might be a gunshot, which catches me off guard every time, but when the music finally comes, the synth sounds perfect and the kick is meticulous.

The slick production and fresh mix of emotionalism and nostalgia make Berhana’s EP far more effective than it has any right to be. The six tracks don’t overstay their welcome — and while I wonder how well-paced his eventual full-length record might be, Berhana’s debut EP stands out from the rest of the pack. It’s a fine first release from an artist I’m looking forward to hearing more from in the future.