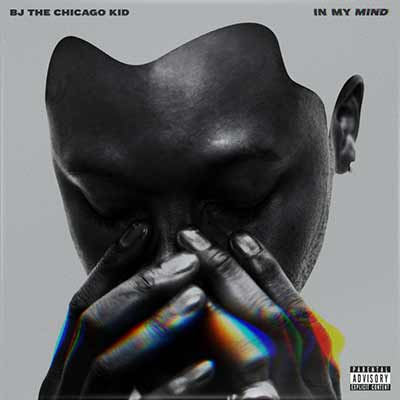 BJ The Chicago Kid finally drops his Motown debut in an R&B record that captivates as it blends hip hop beats, Marvin Gaye lyrics, and romantic sentiment to create an album that struggles with and challenges our modern hook up culture.

Perhaps similarly to Kendrick Lamar’s To Pimp A Butterfly, BJ The Chicago Kid’s debut Motown record In My Mind feels like it’s been a long time coming, like there’s been something gestating and growing beneath the surface. While it’s an intensely personal record, as BJ struggles with faith and women, it also feels like it’s about a larger movement in our culture — and R&B as a genre.

BJ grew up singing in church choirs, and his past piousness comes into stark conflict with his sexual temptations. On Church, he sings about being conflicted between a desire to drink, do drugs, and have sex with a woman on a Saturday night despite having to go to church in the morning. On In My Mind, BJ is aware of God, but he never postures as a Christian.

And this vibe continues throughout the album: as BJ croons over hip hop-influenced beats and advances the R&B genre along the way, he also sticks his toes into lyrical waters that musicians like Marvin Gaye have already waded through. Of course, popular single The New Cupid (featuring a great cameo from Kendrick Lamar and a fantastic spoken word sample at the end) is a perfect example: love is hard, lust is easier, but love is worth it.

And that’s exactly the point: BJ the Chicago Kid wants you to know he’s not just in it for sex. On Woman’s World and Jeremiah/The World Needs More Love (my personal favourite cut from the album), BJ the Chicago Kid belts his heart about some capital-L love. For BJ, sex isn’t the point, because without love we’re missing out. In our modern hook up culture, BJ is challenging us to rethink our lifestyles and think differently.

On Jeremiah/The World Needs More Love, he explains that “love burns real deep”, and adds, “Just in case you were wondering what Jeremiah I’m speaking of: not the singer, but the prophet from the Bible. Called to be a prophet at a young age, it calls fear in his heart to speak what the Lord gave him to say. But God told him, you’re not a boy, you’re a prophet. So pretty much fear not, you know what I mean? So whatever he had to say from that day, the feeling he had then, I have right now.”

There is a sense that BJ has something important to say, both personally and musically. He knows it, and when you’re done listening to In My Mind, you know it too. In My Mind is a tremendous statement that asserts that BJ is here, and he’s here to stay. It’s also a promise, though, that BJ has more to share with us — and it feels like his most important message has yet to be sung.