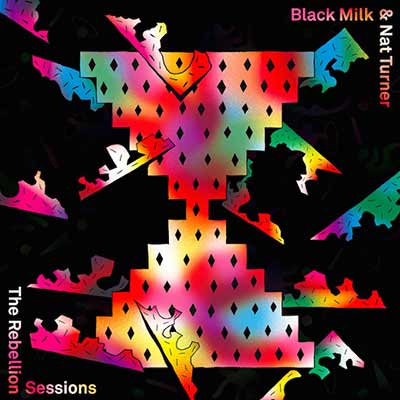 The Rebellion Sessions is an instrumental jazz album, played by the Nat Turner Band, produced by a rapper, and blessed by Black Milk’s history with J Dilla. It’s a forward-thinking gem for both jazz and hip hop.

The Rebellion Sessions has a story destined to become legendary, the culmination of a loving experiment with jazz and funk. Before Kendrick Lamar brought his vision of jazz fusion into the limelight on To Pimp a Butterfly, Black Milk was playing with Robert Glasper on 2013’s No Poison No Paradise. And before that, Black Milk watched some of the ways that J Dilla harkened old jazz rhythms with his beats.

But most importantly, The Rebellion Sessions was put together in a week with a focus on live performance. As a result of stripped-down production, the album feels raw, intimate, and quietly forward-thinking.

Black Milk is only a producer on the record, leaving all the writing and musicianship to the Nat Turner Band. The first spoken word comes in the opening seconds of Burn, when one of the men in the band says, “What I want to bring back is the feeling” before they all jump into a jazzy bass riff and keyboard line.

And it is all about that old-school jazz and funk feeling on The Rebellion Sessions. On rare occasion, it feels like we’re all waiting for Black Milk to start rapping — no doubt a result of him producing with the ear of a hip hop performer. But for the majority of the time, The Rebellion Sessions are layered with a surprising amount of density — especially given the size of the trio performing the music.

The best tracks on the record are the ones with playful attitudes and an emphasis on the funk aspect of the jazz fusion. Just a Thing and Electric Spanking are highlights for me, showing off the band’s propensity for great funky jams, but also revelling in their ability to create beats that feel timeless and familiar all at once.

Most impressive, though, is the way Black Milk manages to make all these sounds approachable for an audience that might not be ready to embrace jazz the way he and some of hip hop’s luminaries already have. Despite the virtuosity (Take 2 and You Need This Light both belong on Robert Glasper records, for example), The Rebellion Sessions feels like a love letter to jazz that was made for everybody. It’s Black Milk’s way of demonstrating what makes the genre so wonderful. I hope he allows even more jazz on his next rap record.

That being said, it’s impossible to talk about The Rebellion Sessions as if it’s solely a Black Milk record. This is Nat Turner’s project through and through. The band was named for a slave revolutionary in the nineteenth century. In 1831, Nat Turner led a rebellion of slaves in Virginia that resulted in the deaths of hundreds of black and white people. He was hung in November of that year.

Both the Nat Turner Band and The Rebellion Sessions are named for a man that is now remembered as a forward-thinking vigilante, a precursor in many ways to Malcolm X. And while I don’t think the musical comparison is incredibly apt, there’s something to it: The Nat Turner Band are writing jazz for a genre whose fans are still yet to embrace it and rebelling against the norms. The Rebellion Sessions is a spellbinding record.