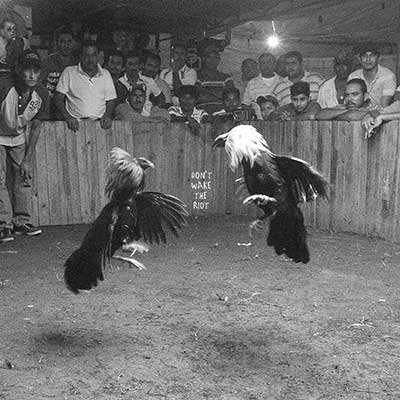 Black Pistol Fire’s fourth studio record is a nearly perfect blues-influenced garage rock record. What it lacks in originality it makes up for with songwriting polish.

A heavy dose of blues rock makes Black Pistol Fire a natural successor to bands like White Stripes or The Black Keys. Even their song titles sound like blues rock. Hard Luck is a foot stomper that would make the perfect soundtrack for a night of heavy drinking and poor decisions. Bad Blood — which is definitely not a Taylor Swift cover — is an angry vengeance song about being wronged.

The riffs are fantastic too: unearthly guitar riffs are taken straight from the blues rock playbook. Sometimes you swear you’ve heard the riff before — the boys in Black Pistol Fire might be paying a little too much attention to their idols.

Beyond the guitar licks, blues is in Black Pistol Fire’s soul. Morning Star is a song that sounds modern, with a great riff that feels as modern as it gets, but the lyrics tell a different story. Ripped straight from blues songs of old, vocalist Kevin McKeown sings about the devil causing him pain and refusing to let him go. Muddy Waters approves.

I find writing about Black Pistol Fire to be difficult, because their music isn’t innovative and there isn’t much about them that actively inspires good writing. To be clear, that doesn’t mean they’re a bad band (if they were, their music wouldn’t be featured on Unsung Sundays). It’s just because they’re not reinventing the genre.

But music this old-school can’t be reinvented; it can only be perfected. Every few years, there are new artists who hold up entire genres on their own. The White Stripes and The Black Keys previously held this position for blues-influenced garage rock. Now it feels like the genre is in flux, with no clear leader.

I don’t know if they’re going to be successful; these things aren’t easy to predict and often defy logic. But Black Pistol Fire is undoubtedly at the top of their game with Don’t Wake the Riot, which is likely their best record yet. They’re a contender for the genre’s throne, which is saying something, and a band I plan on watching for the next few years.