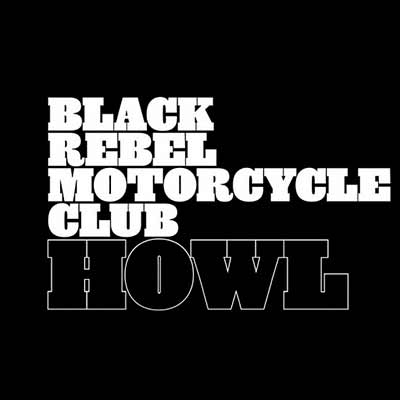 Black Rebel Motorcycle Club’s third album is their most stylistically unusual, compared to the rest of their catalogue. But it’s also perhaps their best record, period.

Black Rebel Motorcycle Club, which shortens to BRMC, is one heckuva name. They named themselves after the motorcycle gang Marlon Brando was involved with in the 1953 movie The Wild One. Reportedly, they wanted to name themselves after the rival gang, but the name was already taken (albeit with a slightly different spelling): The Beetles. Howl is their third album, a spectacular record that strips back their original angst-ridden noise rock to a folk and gospel record influenced by the stuff the members’ fathers had on LP. (I still remember reading the 2004 Guitar World interview where they admitted what classic artists they were ripping off).

Listen to Shuffle Your Feet. That opening track defines a record as one that’s both wise in soul and foolish at heart. The album’s a nearly-uncomfortable close look at a tormented soul, haunted by the devil and almost taunted by Jesus. It’s captivating. Devil’s Waitin’ and Ain’t No Easy Way capture their respective tones better than any modern rock band can. The whole album is one of my favourites of all time, and if it were up to me, you’d be forced to listen to every track in order. There’s also an EP with outtakes from the record called Howl Sessions that’s really hard to find, but absolutely worth taking the time to do so. It’s beautiful as well.