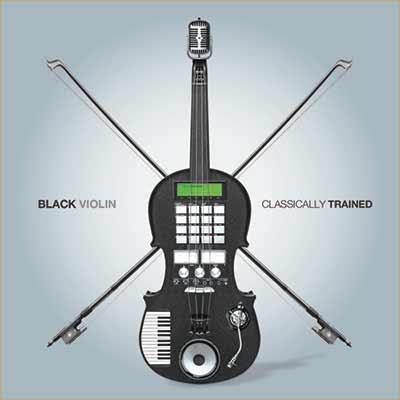 Classically Trained is undoubtedly the best record Black Violin has released yet. Their unique blending of classical violin work with hip hop beats goes far beyond gimmick and holds a lot of promise.

Black Violin has a new record out this week, but I don’t like it anywhere near as much as Classically Trained, which feels like a sort of classical hip hop/pop opus.

Black Violin is a couple of guys rapping with violins. It’s that simple. It’s also as awesome as it sounds. Where a lot of hip hop feels predictably tuned to the drop of a beat, Black Violin feels tuned to the violin solo. If there was ever going to be a Mumford & Sons in hip hop, Black Violin might be the closest thing to it right now.

That’s both good and bad: it’s good because these guys are an outrageous talent, with huge ideas and a clear mission to change the faces of the genres they love. But it’s bad because as often as these guys kill it with their violins, they turn back to the pop choruses that ruin so much potentially great hip hop.

So while this record is wicked, killer, totally awesome, it’s also a slight disappointment, because much like Mumford, these guys could be much more if they wanted to be. There’s so much raw talent on display here, just waiting to be mined.