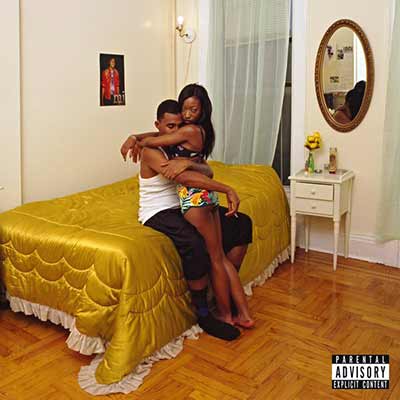 Freetown Sound is two things: it is the perfection of Blood Orange’s R&B and funk stylings, and it’s also a timely and important encapsulation of what being black is like in today’s society.

What can I say about Freetown Sound that somebody hasn’t already said in the past two weeks? This is a brilliant record. It straddles the lines between pop and R&B without becoming beholden to any genre. It’s a black record the same way Kendrick’s Butterfly, Kamasi Washington’s The Epic, or Black Messiah are black records. It captures the same black power as records of decades gone by, like Isaac Hayes’ Black Moses. Freetown Sound is one of the year’s most powerful records.

Every track stands out, and it’s hard to pick favourites. It feels wrong to pick favourites when the album references some of the events that have shaken America over the past year. Hands Up is a clear reference to Trayvon Martin’s killing. Throughout the record, Dev Hynes (the man behind Blood Orange) shares his thoughts on blackness, the hood, and whether or not black people should wear hoods when they walk the streets.

It’s a powerful record. “Are you okay?” Hynes asks on the afore-mentioned Hands Up. The answer seems obvious. At the end of Thank You, a brief vocal moment says: “Let me tell you what it’s all about. A skin not considered equal. A meteor has more right than my people.” It hits hard.

I was thinking about it and wondering why he did that, and found myself wondering if approaching blackness from a woman’s perspective allows him to embrace the vulnerability his music requires. Whatever the reason, it’s a powerful approach that works and elevates his music to another level of sophistication and intelligence.

The music is great, too: But You and Desirée are two of my favourite tracks, even though they feel like they take inspiration from totally different parts of music’s sphere. Juice 1–4 has a tone that feels almost tropical in nature. Best to You’s vocal acrobatics is a phenomenal exercise in pop styling. Augustine is a great first single.

But despite juggling all these musical influences, every track comes out the other end feeling decidedly like a Blood Orange sound. Freetown Sound is music you make when you’re confident in yourself as an artist, aware of your place and your style, and willing to give your record a meaning and texture.

I don’t know where Freetown Sound lands among the year’s best records yet, but I have a feeling it might be near the top when the year is said and done. It’s certainly one of the year’s most important, especially given the tragic and horrific events of the past week.