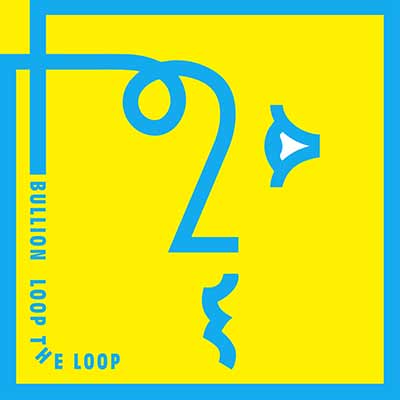 Nathan Jenkins’ debut record as Bullion, a long time coming, is filled with approachable and interesting electronic songs that are more interested in experimenting with pop formulas than they are in embracing the latest club trends.

Loop the Loop is evocative in name alone of a certain genre of late–1990s electronic music popularized by quirky groups like Land of the Loops. The music took small nuggets of ideas and looped them, adding minor diversions every few bars until the songs’ end points felt totally different from their beginnings. The music frequently wasn’t something you’d hear on the dance floor on a club, but instead experimented with other genres and forms.

In that context, Bullion’s debut record isn’t too different: He experiments with loops and structures and variations in each track. What makes him different from those older artists is that he’s focusing on making 1980s-style experimental pop.

Where his predecessors (and many of his peers) are focused on either synthetic, but warm, pop music, like Sylvan Esso, or working on instrumental electronic music that feels more like experiments or projects than cohesive statements (like Tycho), Bullion is a breath of fresh air. He’s not afraid to sing on tracks, and while nobody would compare him to MJ, he’s actually not a bad singer. Songs like Self Capering or Get To The Heart Of It are quite listenable, and the vocal production is buttery smooth to the point where it’s nearly soothing.

He’s also not interested in sounding completely textural. Sylvan Esso and Made of Oak are leading a charge in organic-sounding electronic music, and Bullion isn’t afraid to sound like a different era. Instead of masking them as synth-pop, the electronic sounds in Loop the Loop are obvious.

Part of that feels thematic: as 1980s pop records sound like stripped down, basic affairs compared to the monolithic productions we have today, Bullion feels purposefully stripped back to the basics. It lets Loop the Loop thrive based on songwriting prowess alone.

Bullion’s debut isn’t always perfect — a couple oddly paced moments and poorly written verses mar an otherwise well-paced record — but Loop the Loop shines as a great example of somebody trying to find their sense of individuality in a polluted genre. And since Nathan Jenkins’ style is hard to peg down into a single trend, Loop the Loops is a huge amount of fun.