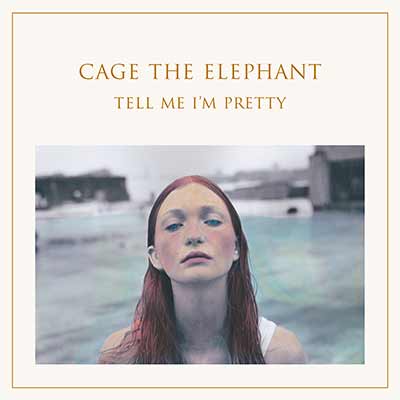 Cage the Elephant sounds like a rock band reincarnated from the past. Produced by Black Keys member Dan Auerbach, this record is the very definition of an old-school jam session. This might be Cage the Elephant's best record.

Tell Me I’m Pretty might go down in history as that Cage the Elephant record produced by “that dude from the Black Keys”. Dan Auerbach brings a different sort of production vibe to this Cage the Elephant record, one that suits them really well: it sounds like Black Keys meeting the Beatles in a pub somewhere and agreeing that an on-stage jam session might be a good way to make the party more interesting.

What follows is a lesson in respecting the greats: offering tributes with subtle tonalities instead of full-out cover songs. The overtones are all there, and the band is still having a lot of fun, but Dan gives it just enough weight that it doesn’t feel like just a collection of singles.

In that way, the record feels like a celebration of the album as a timepiece of culture — very fitting for a band known for their bouncy and jangly records and a producer known for reviving the blues and seventies psychedelic rock. While I’m not sure that Tell Me I’m Pretty will ultimately go down as a classic among the stars, it might be Cage the Elephant’s best record.