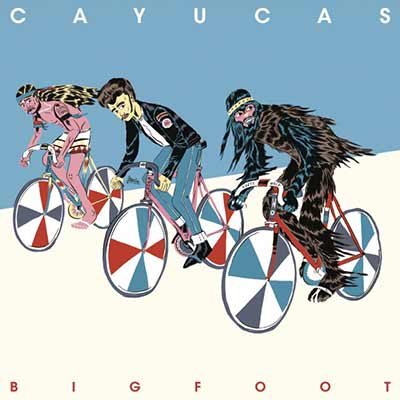 Cayucas’ brand on indie surf rock is enough to keep summer going for another few months and is highly recommended for genre fans.

If you don’t feel like summer’s quite over yet, Cayucas might be for you. Just when you thought you had enough surf-style indie rock, Cayucas come along and drench you in the musical equivalent to vitamin D California sunshine. (Even the album art is a colourfully buoyant.)

Cayucos, the opening track, gives you a great idea of what to expect. Put down whatever you’re doing, grab a beach towel and prepare a mojito. It’s time to sunbathe. High School Lover carries on with the same sort of stupidly catchy beach pop that cheers you up without insulting your intelligence. A Summer Thing hits it right on the nose with a 400-pound hammer, but that’s kind of the point — subtlety isn’t Cayucas’ strong suit.

The comparisons I keep seeing are Beck on anti-depressants and Vampire Weekend. In reality, it’s kind of like Vampire Weekend got really drunk with Beck on a Saturday afternoon and performed an impromptu live show somewhere on the ocean shore. On another level, the album’s going to amuse potheads the same way that Tenacious D causes a sense of the giggles. I don’t smoke it, but if I did, the title track would probably blow my mind. As it is now, it’s just like the rest of the album: Disgustingly catchy, brilliantly fun and irresistible.