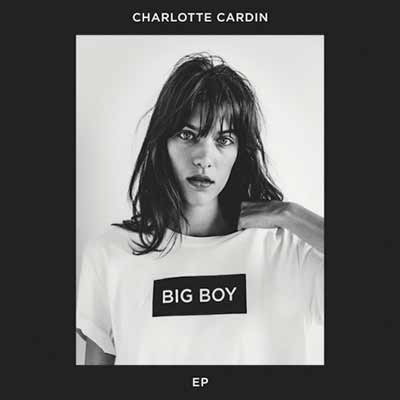 Charlotte Cardin has an impeccable voice that she puts to use on a sensual, French jazz-influenced pop EP that’s beautifully (and hauntingly) performed.

Charlotte Cardin’s take on pop-sensible jazz is delightfully minimal. It doesn’t take long to notice: “Big Boy,” the opener/title track/lead single from her latest EP is single-minded and focused. A keyboard and a drummer. That’s it. It’s a two-person performance that isn’t too different, in terms of setup and spirit, from other recent crossover acts like Sylvan Esso.

When Charlotte Cardin is at her best, though, it feels like she’s alone in a room with you. Perhaps that’s because her lyrics are clearly sensual: the chorus in “Dirty Dirty” talks about washing her dirty thoughts off her. It’s not subtle, but it’s successful because it’s not. The instrumentation is dripping with atmosphere, and oozing with sensuality.

Everybody’s been talking about the jazzy take she has on pop music, but truth be told, I don’t hear a lot of jazz in it. There’s definitely a French jazz influence — Charlotte Cardin’s Montreal heritage is readily apparently — but the influence largely extends to the rhythm. This is pop music through and through. It’s sensual, and it’s fascinating, but it’s pop. “Les échardes” — an excellent song, by the way — is the closest she gets to traditional jazz. (It’s impeccably well done, and I’d love to hear Cardin do more like it.)

What’s great about Cardin is that her voice is completely natural. There’s no autotune here. On the Apple Music version of the album, there are two bonus videos of her performing “Big Boy” and “Les échardes.” It’s revealing of two things: her music is incredibly minimal. The production on the record is deceiving, because it sounds bigger than it is. When those trappings are lifted, the music takes on an air that’s intimate and special.

The second thing it reveals is the quality of Cardin’s voice: there isn’t a hint of autotune here, and she hits every note exactly how it is on the record. Charlotte Cardin’s vocal performance is impeccable and haunting — nearly angelic if it weren’t so sexual. I’m looking forward to a complete LP from her in the future.