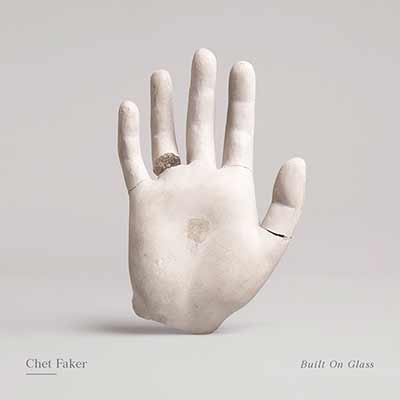 Built on Glass is a stunning debut from Chet Faker that comes completely out of nowhere. Tinged with soul, Built on Glass packs a punch musically and emotionally.

Built On Glass isn’t taking off the same way Chet Faker’s earlier EP, Thinking In Textures, did two years ago — perhaps because some of the surprise is gone. But I think it’s a stronger record.

Chet’s a master of blending jazz, blues, and a hint of electronic experimentation into an enjoyable cocktail that goes down smooth. His voice has tons of soul, belying his years — he’s not even thirty. What’s most impressive is that Built on Glass is his debut feature-length record, which — considering his vast array of musical influences — is shocking.

The opening track, Release Your Problems, is a great introduction to the record — heavy-hitting, but still catchy — but I could ultimately write a long essay about this album’s many successes. The record is neatly divided by a vocal track simply titled / , but the first half is sprinkled with great songs like Gold and To Me, which has as lovely saxophone emphasis.

The second half of the record really shines. Blush is a stunner. My favourite track off any of the records featured this week, though, is Cigarettes & Loneliness, which is a lush and beautiful look at the most difficult and sad of feelings. Although it’s the least likely to get radio play, Cigarettes & Loneliness feels like it’s really the pivot point of the entire record. Steeped in sadness and buried in synth tones, this is Faker at his most experimental and exploratory. It’s an immensely rewarding listen.

One album in, and it already feels like Chet Faker is one of the genre’s most eclectic and interesting artists. Built on Glass is a stunner, and one that doesn’t feel like it could possibly shatter.