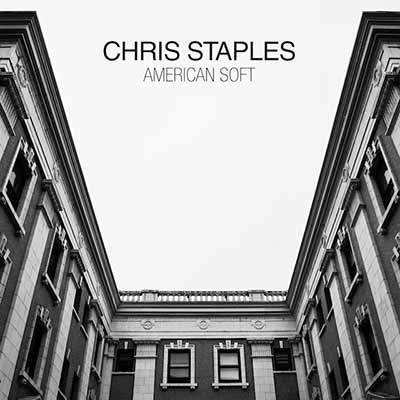 American Soft is exactly the sort of laid-back, quiet Americana that works because it’s raw, un-produced and fragile.

American Soft is a brilliant folk record. This thing takes you on a journey. Staples bring a ton of melancholy into the record, but there’s also a lot of introspective depth in the record. On Dark Side of the Moon, when Chris analyzes the length of his life and what really matters, the record grabs you and it doesn’t let you go.

And none of this should be surprising: Staples has a huge variety of sounds, and a lot of range as a musician. Having fronted indie rock band Twothirtyeight and started Discover America, as well as his solo career, he has a great sense of songwriting and understands what’s appropriate for what genre.

Not to mention the fact that he’s been touring with Father John Misty and Telekinesis when he’s got some spare time, and fits the whole “Canadian folk singer” vibe by working as a carpenter in between gigs (this is all according to Paste Magazine, so don’t quote me on it).

What it all adds up to is a record that feels like something you’ve heard before, but one that also feels like home. Like the best folk, American Soft sounds like Staples is singing songs we’ve known for generations and giving them a voice for the first time.