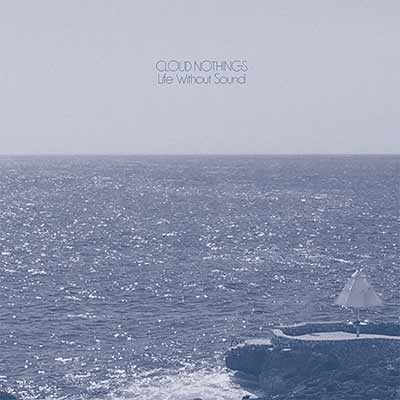 Life Without Sound is another surprise from Cloud Nothings — a band who consistently defies expectations. This time around, the band pursues a more tuneful punk sound.

Lead singer Dylan Baldi calls Cloud Nothings’ Life Without Sound his take on New Age music. It’s an implication that the band is calming down, and abandoning their fuzzy punk roots.

There are tracks throughout Life Without Sound that pummel as hard as anything in Cloud Nothings’ catalogue, with production quality that slays and unbridled aggression that captures much of what Cloud Nothings has become known for. Tracks like “Darkened Rings” or “Strange Year” carry much of the craziness of albums like Here and Nowhere Else.

In other words, this isn’t exactly the sort of record you’d want to meditate to.

That being said, there are new sounds on Life Without Sound. The band is more tuneful than ever before. The album opener, “Up to the Surface”, carries a piano in its intro and builds through a nearly pop-punk introduction. “Internal World” and “Enter Entirely” take their influence from bands like Weezer (and even some classic rock).

For Cloud Nothings, this is par for the course. Cloud Nothings’ trademark is our inability to know what an album is going to sound like upon release, and Life Without Sound is no different.

That’s not to say that Cloud Nothings is making music that sounds unlike themselves. They’re not making pop music, after all. But they’re embracing a method of songwriting that sounds less rushed and more tuneful. It’s a step in a new direction, but not necessarily a commercial one.

Well, as optimistic as Cloud Nothings can sound.