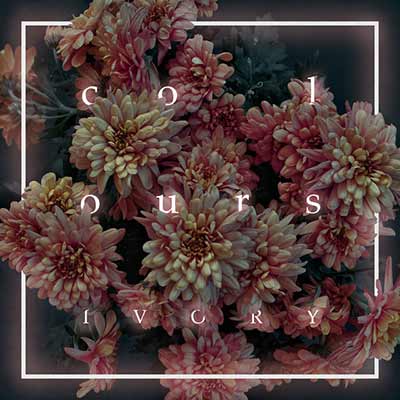 Colours’ dark synthpop feels like it belongs in both a night club and at a Nine Inch Nails concert, as the electronic duo embraces pop hooks and dark, aggressive instrumentation.

The first thing I was reminded of when I heard Ivory was the debut record from The Neighbourhood: it’s a fully realized album that surprises with dark fluorides that are unexpected within its genre. To be clear, this is pop music infused with pulsing, electronic synths and aggressive kick drum sounds, reminiscent of both Trent Reznor’s work in Nine Inch Nails and The Weeknd.

Monster is the obvious stand-out track early on in the album: a big, sing-along chorus that would fit in well at a night club is balanced out by a quieter verse that plays well and gives the duo a sense of dynamics that many of their contemporaries lack.

The production really shines here. Lyrically, this band isn’t singing anything you haven’t heard before. The vocals aren’t meant to be any more than soft texture though. As they dance between falsettos and sexually tinged, softly sung verses, the duo makes it clear that they’re not interested in so much what they have to say but how they say it.

Treating the vocals as an instrument frees them up to explore with almost industrial-like rhythms on tracks like Slow, or the R&B-laden Gone, where the vocal work lacks mystery but aids in providing context to the brashness and power of the instrumentation.

The totality in production makes Colours feel like an impenetrable wall, a giant slab of R&B-tinged industrial pop that feels like an attack on your senses. The duo wants to be noticed and demands to be heard, but they make it inescapably clear they’re not interested in being known for their vocals. They want you to listen to the whole package.

By the time you’re done listening to Ivory, though, you’re wondering what’s next for the band. The success of Colours’ debut hinges on how they grow for its follow up, and what they have to say next. It’s a launching point for what is (hopefully) a successful career.