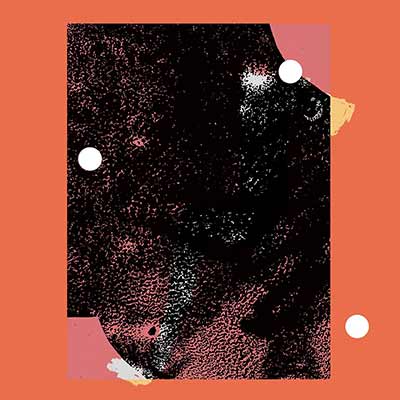 Utopia Defeated is the rare sort of debut that inspires thanks to its delightfully inventive approach to songwriting.

Utopia Defeated is another one of those modern-day musical miracles. One day, this story will be as legendary as the story behind Bon Iver’s For Emma, Forever Ago: Utopia Defeated was recorded in a single isolated room next to a horse stable.

Led Zeppelin recorded in mansions, but today’s rock progenitors are recording their music in barns.

But you can’t tell that Oliver Perry, otherwise known as D.D Dumbo, recorded his debut by a stable. There isn’t a single whinny anywhere on the record, and he’s not making country music.

What’s he making? I suspect only Perry knows.

D.Dumbo is hard to define, and harder still to contextualize. Songs like “Satan”, which is about a UFO landing and the aliens among them (who are unaware of our own concept of Satan), completely defy our expectations for songwriting. Partly inspired by video game music, and largely inspired by alt-rock prog-rock geniuses like Radiohead, D.Dumbo’s debut is hard to predict.

This isn’t just about the music, either. In case you haven’t gathered, the lyrics are equally strange. Perry is writing about the modern-day “paranoid androids” of our future, about the end of the world and the death of religious tradition. And if you asked him, he might tell you the future is a dystopian utopia — an unpredictable cacophony. That’s how I’d describe his vision of where we’re going. It’s also how I’d describe his music.

Take the really weird songs, like “King Franco Picasso”, which has an industrial beat and an Alt-J like flow from verse to chorus and bridge. I don’t really even know how to describe his music, although “alternative” seems like an appropriate enough label.

It blows me away that this is D.Dumbo’s debut record. Musically, his ideas are fully fleshed — if bizarre — and lyrically, he’s got the whole world as his oyster. Utopia Defeated is one of the best albums I’ve heard this year, and certainly among the best debuts I’ve heard this year. I’m eager to hear where he goes next, but I’m also eager to listen to Utopia Defeated again.

There’s depth to every track on this record. That means the album isn’t easy to absorb on first go, but it’s worth repeated listens. It rewards them. If you want to be surprised by an album, and you want something you can sink your teeth into, look no further than D.Dumbo’s Utopia Defeated.