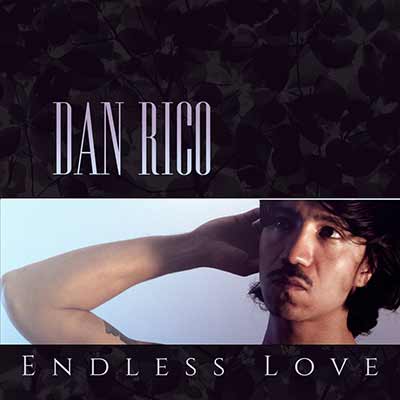 Dan Rico’s first solo effort has a garage quality that’s reminiscent of artists like Prince, but also has a delightfully fun lo-fi old-school punk vibe to it.

When the guy behind Shit In Can Records pitched Endless Love, Dan Rico’s debut solo record, as garage pop similar to Big Star, Television, and Prince, I cringed a little. Does the world really need more people who sound like Prince?

Thankfully, I was completely undersold. Dan Rico’s debut record is a bit of a grower, but it’s an album that demands your repeated attention. Endless Love is garage rock at its purest.

What stands out to me, more than anything else, is the way Rico bridges the gap between his pop influences and his 70s punk influences. Endless Love is filled with garage rock and lo-fi punk influences that make Dan Rico so much more than a Prince sound-alike.

In fact, comparing Rico to Prince feels wrong. Rico is mining some of the best sounds of the 70s — even elements of Endless Love’s production are very old-fashioned — but he’s writing music for the dopamine-driven A.D.D. generation. There are only three tracks on the record longer than three minutes, and the longest track is three minutes and five seconds long. The songs are more like staccato-style thoughts, delivered quickly and sincerely.

These quick songs are reminiscent of Rico’s punk influences. “Kinda Wanna”, which clocks in at a minute and forty-five seconds, or “Wasted Youth” (two minutes and fifty-one seconds) could be played at a skatepark. And it’s these tracks that, for me, are the most memorable on the record. They come in quick, short bursts, like excited proclamations and high energy capos to what came before. Some of these songs, like “On a Tear”, are so reminiscent of the slower Misfits stuff that I did a double take.

Not every track is blatantly punk or anything like that. There are plenty of in-between tracks, like “Endless Love” (the title track, obviously). It’s one of the best tracks on the record, but it’s not punk, and it’s not pop. It’s just this in-between old-school rock thing, delivered with Rico’s kind-of shrill voice.

Then there are tracks like “After All”, which do feel tremendously like pop music and lose the edge that Dan Rico otherwise has. The two styles are nearly jarring to hear side by side, and keep me from recommending Dan Rico for just anybody.

Because not everybody can get into Dan Rico. If it’s not clear, Endless Love is a hodgepodge serving a niche. But if you fall into the niche of people who miss ’70s rock, which I often do, you’ll likely find a soft spot for this glorious oddball in your heart. And in your vinyl collection.