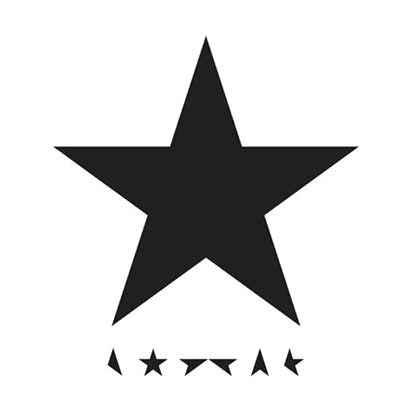 David Bowie's final record was wonderful before he passed away, but with his death it gains new meaning: it's a look ahead at the future of rock music and what it can be, but it's also a deep examination of our own mortality. Bowie sprinkles jazz throughout and consistently keeps Blackstar from becoming a mainstream rock record at all, instead using his last chance to record as an opportunity to experiment.

Bowie’s tragic passing leaves behind a gaping hole in the music industry. There is simply nobody who could fill his shoes, let alone replace him. What Michael Jackson was to pop, David Bowie was to original songwriting and composition. He embraced rule-breaking and frequently defied trends. He started them and walked away just as they caught on.

Many people said Bowie’s 2013 comeback record, The Next Day, felt like a retrospective record. Perhaps fittingly, Bowie’s final work sounds like he was looking to the future and deciding what alien sounds would infiltrate rock music next.

Not unsurprisingly — for a number of reasons — he landed on jazz. Blackstar is a beautiful record filled with gorgeous jazz overtones and some songs that just eke it — like the title track and the now-haunting Lazarus. Apparently, Bowie was listening to a lot of Kendrick Lamar (like the rest of us, I guess). That’s not a joke; that’s according to what he told NPR.

But of course, Bowie was originally a sax player. It should come as no surprise that he loved jazz music, or that he would come back to it for what he ultimately knew would be his last record. It’s fascinating that the end of his career would not only see him embracing his roots, but also looking to the future.

But ultimately, what makes Bowie’s final record so special is that he’s using it to say goodbye to everybody who loved his music. He’s giving us a way to grieve. Few artists are so considerate. Few records are as beautiful, haunting, and thoughtfully made as Blackstar. I suspect we’ll be talking about this for years to come.