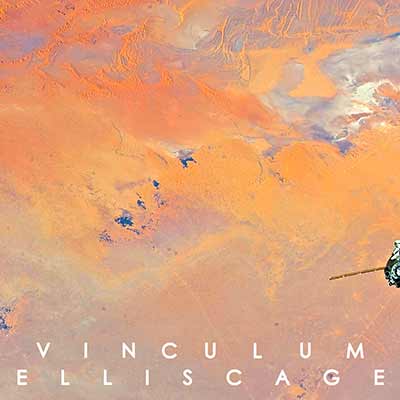 Vinculum is a difficult, but rewarding, electronic-influenced classical composition inspired by the folk music of Russia and Algeria.

Ellis Cage’s Vinculum is a daring and dramatic work of patience and sheer craftsmanship. Vinculum is an original collection of contemporary experimental ambient music that uses electronic styling to warp acoustic instruments. Ellis told me that the music is directly inspired by the folk music of Algeria and Russia (which he says mostly amounts to Bartok and Tchaikovsky).

For a Westerner like myself, the sounds of Russia and Algeria are (no pun intended) completely foreign. They use non traditional scales and key signatures, making Vinculum feel deeper and more mysterious than it might to people who are already deeply familiar with the regions’ music.

But were I to guess, I’d assume Vinculum would even be surprising for folks who are already aware of Bartok and Tchaikovsky. The album mixes original Bartok recordings from Algeria, new orchestral recordings, and electronics and unique performances from Ellis Cage. It’s a heady brew.

In many ways, I am reminded of mid-century jazz music. Daring and inspired, but certainly not for everybody, Vinculum is all about exploration. It’s about pushing the boundaries, while remaining conceptually bound to the original songs and sounds.

Similarly, jazz was trying to expand the vocabulary of the music without entirely abandoning the traditional work that came before. Jazz players wanted to introduce the genre to new people without totally abandoning their existing audience.

Ellis Cage’s Vinculum is playing along these lines. It’s at once familiar: classical compositions surrounded by electronic ambience. Today, this isn’t an unfamiliar sound. But Ellis brings it, thanks to the unique sounds of Russia and Algeria, to a new level of creativity.

There is something fundamentally uneasy going on throughout Vinculum, a constant point of tension that makes the music both discomforting and enthralling. It grabs you and doesn’t let you go. There are no standout tracks because they flow together. Without iTunes notifications telling me when the track had changed, I’m not sure I’d be aware the track had changed at all. So it’s impossible to recommend a single track, but it is easy to recommend the album as a whole.

Vinculum isn’t for everybody. It might not be to your taste; I’m somewhat surprised it’s to mine. It’s dark, ambitious, and sometimes difficult to approach. But there’s a majesty and mystery to it that few other independent composers are able to put on display.