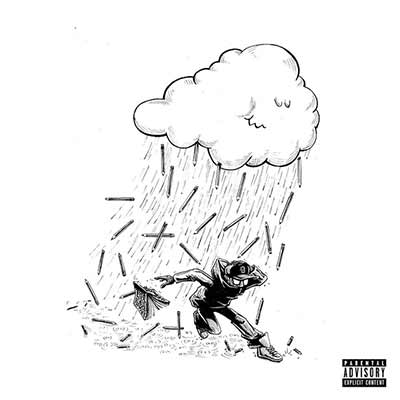 About two years later than promised, Lead Poison is an introspective hip hop record that sees Elzhi facing off against inner demons instead of other emcees.

Lead Poison’s storied release is destined to become legendary: he originally put together a Kickstarter campaign for a new album in 2013. He promised its release in 2014, but failed to deliver.

In January this year, as in 2016, Kickstarter backers threaten Elzhi with a class action lawsuit for failing to deliver the new record on time. Not long after that, Elzhi announced the record would be coming out late March.

Lead Poison took so long because it was, according to Elzhi, held back by his struggles with depression, alcoholism, and more. You can hear this throughout the album: he deals with drugs, booze, a broken relationship, the death of his mother, and growing up and being bullied in Detroit. On February, he hints at the relationship that he lost and talks about the slope he slid down after.

It goes without saying that Lead Poison is a hard-hitting, emotionally heavy record with heady lyrical content. Elzhi is a far cry from Kanye West, refusing to spend the record in a braggadocio state of mind or attack other emcees.

It all comes together on The Healing Process, which is a beautiful track about dealing with depression and coping with a mental state that’s out to hurt you. Delivered against a hazy beat, the song pulls the album together and acts as a hinge point, as Elzhi raps at the speed of a thousand miles per hour without ever feeling like anything less than a poet. Even at his lowest point, Elzhi’s flow is flawless and delivered with the ease of a master.