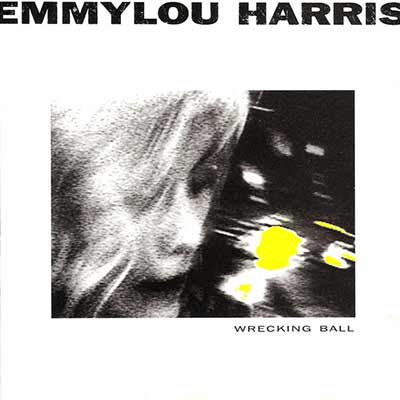 Emmylou Harris's amazing voice has an almost hymnal quality to it, but she's still able to drive home a wide variety of emotions with Wrecking Ball, one of the best in the singer-songwriter genre. While Emmylou Harris was known as a country stateswoman, this genre shows off a side of her that's more atmospheric and less twang-filled.

Nobody remembers that Emmylou Harris wrote the first Wrecking Ball in 1995. I think it’s by far the better performance, but her quiet nature makes the metaphor of a wrecking ball all the more powerful for an album.

As a singer-songwriter, Emmylou Harris is a pastiche of her times and her inspiration. She has a lot of country overtones that might make fans of more modern acts a little uncomfortable, but even if you’re not into country, there’s a lot to like here.

Emmylou Harris’s voice is outstanding, and her songwriting is exceptional. But she’s able to hit emotional chords in the first track that few artists can hit in the span of an entire album. Her voice has an angelic quality to it, and her music sounds pastoral in the hymnal sense of the word: at once sounding like the daughter of Dolly Parton and a gospel singer, Emmylous Harris is able to construct hymns out of sorrow and pain. Truly one of the greats.