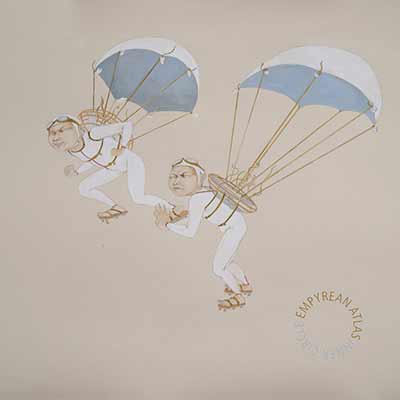 Inner Circle is the second record from Empyrean Atlas, and it feels like a breath of fresh air: while a lot of indie bands feel stuck playing the same songs on repeat, Empyrean Atlas is taking some of this signature sounds and experimenting with them to great success.

Empyrean Atlas has gone so far as to say that their music, Inner Cirlce in particular, is a new breed of music. I’m not sure I agree, but it’s certainly a daring release: it’s an instrumental experimental rock release that sounds a little bit like Wilco and Tycho getting together to cover a Kaki King record. If that sentence sounds like gibberish to you, it sounds a little bit like a great indie band getting together with an atmospheric genius and covering a flamenco-styling guitar god.

All of that is to say: there is a degree of complexity to Empyrean Atlas that does not exist amongst most of their contemporaries. The album feels a little bit like math rock, but it’s largely experimental with its rhythms. And while the band would like you to believe they’re making something new, saying that would be doing them a disservice: they still stick within the conventions and boundaries of modern rock music. A chorus still sounds like a chorus, even if it is almost jazzy in feel and euphoric in its reckless abandon of standard time signatures.

All of that is to say, despite Empyrean Atlas’ best efforts, Inner Circle still feels recognizable. It’s a good thing, because it allows the EP to remain accessible despite its mathematical complexity. There’s a lot to unpack with Inner Circle, but if you choose not to get too deep into it, you’ll still find a lot to like.

Empyrean Atlas might not be reinventing the genre, but they are a singularly new talent within it — and they’re positively refreshing.