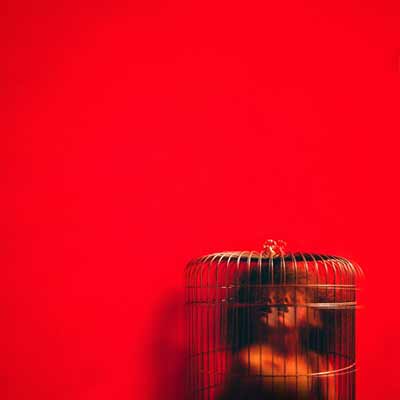 Eryn Allen Kane’s second EP carries all the power of her first, but her stage presence feels even bigger than before. Kane continues to create an even bigger demand for her first feature-length LP.

I’ve covered Eryn Allen Kane before — with her first EP — and have been eagerly awaiting a debut feature-length from her. In the meantime, Aviary: Act II will have to suffice — and it’s a killer set of songs.

Not unlike her first EP, this is a brief set of tracks, but the two are clearly linked. The album art is incredibly similar, and the two work well side by side.

With Act II, Kane gets to express her influences in even more obvious way. The gospel influences are turned way up. Kane’s pop influences are more obvious too — her recording time with Prince undoubtedly had an impact — but she blends it with R&B and soul in a fantastic way that sounds nearly British thanks to its infusion of pop sensibilities.

That being said, Kane doesn’t sound like a British pop singer. She sounds purely Chicago: well aware of her roots, and not afraid to sound like her inspiration. (From that perspective, Nina Simone would be proud of this record.)

On Dead Or Alive, Eryn leads a listen-and-repeat bridge with her audience, and her ability to command a tremendous stage presence is obvious. She gets the small crowd positively riled, which is fantastic. It’s tremendously revealing of her potential.

But it’s also, in some ways, the weakest moment out of both her EPs because it reveals her recording limitations right now. I love what she’s doing with her music, but she’s writing songs that are almost too mature for the size of her existing audience. She’s writing stadium-sized tracks, but she doesn’t have the career momentum to properly capture them in the studio as of yet. While I have no doubt that Dead Or Alive would be an incredible song to witness live, on record, it loses its impact.

I don’t know if it matters, though, because this big moment happens on the album’s final track and it leaves you wanting more. The sheer presence of her voice is compelling, and gets you excited for her starry future. That future can’t come fast enough.