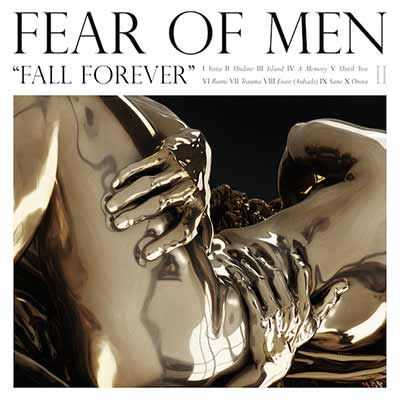 On Fall Forever, Fear of Men have refined their dream pop sound and made it more accessible — while reaching for the throne of the genre.

Fall Forever is a massive step above Loom or Early Fragments. For a band whose Wikipedia entry is barely beginning to look legitimate, Fear of Men is continually pushing the limits of their sound and where they’re going as a band.

“Undine” is a terrific way to jump into this record. At once, the track is reminiscent of all your favourite dream pop bands. (I’m strongly reminded of Beach House’s classic tracks.) But there’s something different about Fear of Men’s style. It feels as if the songs are all going somewhere. They have a sense of motion that the genre normally fails to grasp.

If the album has any issue, it’s the one that plagues dream pop most: many of the tracks sound the same. “Island,” which is the track right after “Undine,” sounds remarkably similar in tone despite being a clearly different track. In other words, it would be impossible to mistake the two as the same track, but it would be easy to confuse which is which.

Despite the genre’s limitations, Fear of Men are mining the genre for all its worth. And they’ve gotten good at it. What makes Fall Forever so good is that they’ve done exactly what dream pop’s name suggests: they’ve made pop music that’s so dreamy, you’ll swear you’ve fallen asleep.

What’s interesting about Fear of Men is that they don’t want to put the listener to sleep, though. Many dream pop bands are more than willing to sacrifice the listener for their art. With Fear of Men, the drum work is their saving grace. He’s unlike most other drummers in the genre, constantly moving — and moving quickly.

For me, Fall Forever is reminiscent of my two favourite dream pop records: The Local Natives’ Hummingbird and Beach House’s Bloom. I can’t give it a better accolade than that: it pushes the dream pop genre into another level by almost taking it into the indie rock vein, drifting away from dream pop. “Until You” and “Trauma” are great examples of this, where the band almost leaves dream pop entirely as a genre and becomes something else.

The easiest way to talk about Fear of Men is to send people to their album art. Each album cover for their records has a clear style, and they have a lot of similarities. Like their album art, the band has a clear sound and style. And they get more refined with each record.

Fear of Men has quietly become one of the best dream pop bands while all the mainstream publications got busy writing about Beach House’s Depression Cherry. If you’re a fan of the genre, I think you’re going to love the direction Fear of Men is going in.