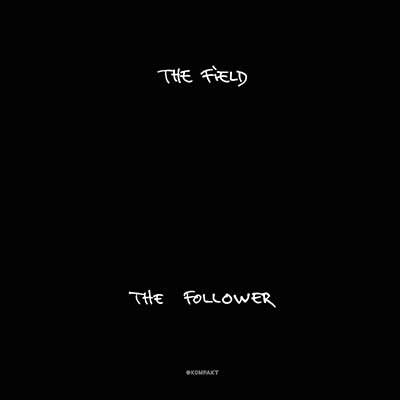 On his fifth album as The Field, Axel Willner continues to find joy in the loop, but succeeds largely because he’s making it more muscular than he’s made it before.

Alex Willner makes techno music, to put it bluntly. But he has a distinct specialization in the loop, the rhythmic sample that repeats from the beginning of a track, often until its end. The loop is what made Willner’s work as The Field popular, and it’s his ability to experiment with each sample for seemingly endless periods of time that makes him different from his contemporaries.

Most loops repeat well for a couple minutes before another loop is revealed. DJs make career of this: one sample slowly bleeds into the next. The Field does things differently: a loop will easily fill an entire eight-minute track, with minor permutations and changes in beat affecting everything surrounding it. It’s atmospheric electronic music, less subtly called techno, at its absolute best and most coherent.

That’s not to say that The Field is resting on his laurels: Willner has made these tracks his most muscular yet. Monte Veritá is a great example: a swirling bass line in its middle occupies the centrepiece of the song, despite almost sounding like an electronic version of a discordant and polyrhythmic Meshuggah riff. It’s not a breakdown, and it isn’t a drop — in fact, you’d be hard-pressed to find any real drops on the record — but it’s s feeling of disarray and of muscular motion.

As the loop repeats, it slowly gains its footing against a backing track that begins to catch up to its rhythm, and by the end of the track, the dance has continued unabated as multiple other electronic parts have entered the fray before suddenly leaving it, or joining the rest of the cacophonous layering and madness.

And so it goes.

For fans of Axel Willner, not much of this is going to sound new. In fact, there are no new boundaries broken here. For a man who could arguably change the way we see music with just a few tweaks of some digital knobs, Willner is playing it remarkably safe.

But for newcomers to his music, he has made a strong, powerful statement about his breadth and depth as an artist. This is the most provocative Field album yet, one that’s rich in detail and requires close listening with a good pair of headphones to fully understand.

Will it change the world? Not this time around. Instead, it feels like Willner is gathering our attention and reminding us what he’s capable of doing. The Follower is an impeccable record, and one that inspires hope in Willner: maybe next time, he’ll surprise us with re-invention. For now, he’s got a commanding grip on the genre.