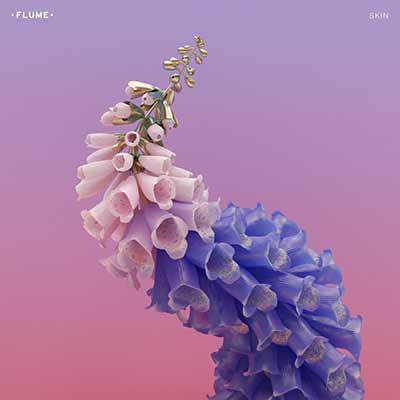 Skin is an appropriate name for Flume’s second release: a highly sensual set of tracks prove that Harley Streten is at not just the top of his game, but also the top of electronic music’s pyramid.

Skin might be the electronic album of the year. I say that without hyperbole, or with at least as little hyperbole as possible. It’s so densely produced, so wonderfully assembled, and so much better than everything else coming out of the genre right now that saying anything less feels like a disservice to the album.

Take Wall F——k. This is an exceptionally thick track, with more layers than I could think to count, and not a single spoken word. It’s an assault, sonically, but it doesn’t feel aggressive so much as it just feels deep and bass-filled. Yes, there’s lots of music like it, but there’s so little that feels so inventive in its light touches.

There’s a reason Flume is such a success. If he weren’t so good at adding pop inflection to big remixes, he’d be making intellectual electronic ambience like Tycho. It’s Streten’s ability to marry both ambience and production value that makes him such a wunderkind.

If there’s ever a rough spot on Skin, it’s some of the rap contributors that appear throughout. These tracks are often weaker than the others, if only because the rappers can’t hold a candle to Flume’s production.

But despite that, it’s hard not to recommend those tracks. Smoke & Retribution is far from my favourite track on the record, but it’s hard not to talk about it because the production work is so wildly inventive. The beat Flume has come up with is almost completely alien, totally different from what we’re used to hearing.

I could point to every track on the record and say something great about it. Skin is the sort of album that’s worth listening to from beginning to end, with good headphones on, and enjoying while knowing as little as possible about it. The pleasant surprises are part of the journey. And the final track is… Well, Beck guests on it.

With that in mind, I want to leave you to listen to Skin without me spoiling some of its best moments. If you like electronic music, you’ll love Flume’s Skin. It’s one of my favourite albums of the year so far.