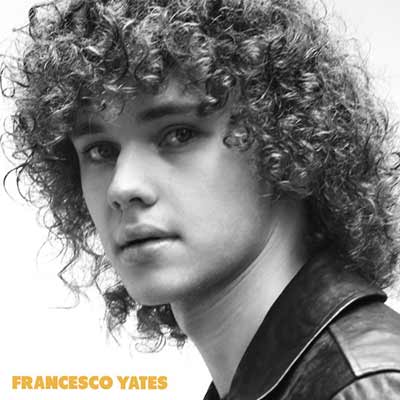 This (lengthy) debut EP from the incredibly young and vocally versatile Francesco Yates is a total stunner, with shimmering vocal work overtop of some fantastic R&B-influenced pop tracks. One of the great treats from the past year.

This self-titled EP is the debut release from Canadian singer Franceso Yates, who was signed before he was finished puberty. He’s twenty years old now, a few years younger than me. And for a twenty-year-old guy, his voice is insanely developed.

This EP is reportedly approved by Justin Timberlake, who seems to think Francesco is the new king of R&B. I don’t doubt it, actually. His voice is great, full of power, and his song material feels much older than he is. If Yates never puts out another record, that’d be sad, but this is enough to say he’s a rare talent.

Others have noticed his voice as well: the record was produced in part by Pharrell, and he’s already signed to Atlantic. The stars seem bright for this kid, and his debut EP is full of promise and innocence. I’m looking forward to what’s next from him.