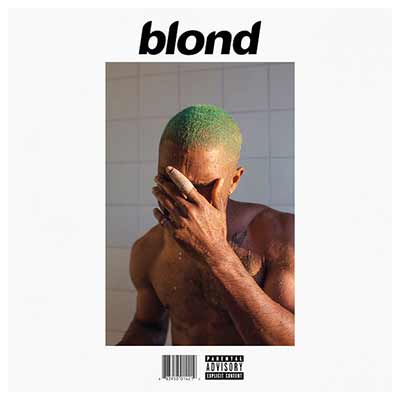 Frank Ocean returns after four long, silent years with two albums in one week. As usual, his music is spectacular, but it turns out what we really missed and really needed was his perspective.

I have a theory about Endless. Endless, if you’ve been living under a rock, is a 45-minute video album of Frank Ocean putting together a spiral staircase. It was released, like Blonde was less than forty-eight hours later, as an exclusive on Apple Music. But it was just a teaser.

I think Endless purposely existed as a filler record to get Frank Ocean out of his contract so he could independently release Blonde. I think Endless is the mostly-empty commercial counterpart to the emotionally involved and far better record, Blonde.

There is so much to say about Blonde. Even its name bears discussion: at the last minute, the name was changed from Boys Don’t Cry, prompting much confusion about whether the title is spelled “Blonde” or “Blond” and launching the Internet into rife speculation. The answer is simple: it doesn’t matter how you spell it, because Frank doesn’t seem to care, and the name was changed because a certain portion of the population wouldn’t understand that Boys Don’t Cry was a lie.

If anything, Blonde is a love letter to empathetic people. It suggests that boys do cry, that the appropriate response to tragedy is to weep and to mourn, and that we’ve lost something with all of our male posturing. Many musicians have said this in their music, but Frank lives this.

On “Nikes”, a track that couldn’t be considered a protest song even by the staunchest abusers of the term, Frank mourns Travyon’s murder as a black man. Mourns is the appropriate record. “Nikes” sets the bar for the rest of the record to come: almost completely beat-less, with a focus on Frank’s voice, encouraging us to get better at living with each other.

As good as the music is, that’s what I missed the most about Frank’s musical silence over the past four years. I missed his empathetic perspective.

For most musicians, moments like that would be throwaways. They’d be there to engineer an emotional response. But with Frank, it’s somehow clear how much he loves people. How much empathy he has for their stories.

That seems to be the driving momentum throughout Frank’s new record: there’s a sadness to it that strikes a chord in so many of us. Every track that feels like it’s about Frank — like “Solo” or the sensational “Self Control” (my favourite track on the record) — also feels like it’s about all of us.

I watched a brief, thoughtful exchange on Twitter yesterday between people talking about the melancholic moods that Frank’s music inspires in them. And it fascinated me that every metaphor described a similar feeling: loneliness in a crowd, that of invisibility. My favourite description was “a beach party in the winter.”

It’s all emblematic of the sensational control Frank has over the listener. Blonde is perfectly paced, with no track that could justifiably be removed — even the vocal interludes have a purpose, although they may be less infinitely re-playable than the more vocally-driven tracks.

Channel ORANGE was a spectacular album, but on Blonde, Frank Ocean has mastered his craft as a songwriter and performer. He’s writing music so far above his peers that it defies genre classification. It’s emotionally charged, powerful music that confronts its listeners with the empathy of its performer. It’s quietly transformative. The message is clear.

Perhaps boys should cry. And maybe we’d be better off if they did.