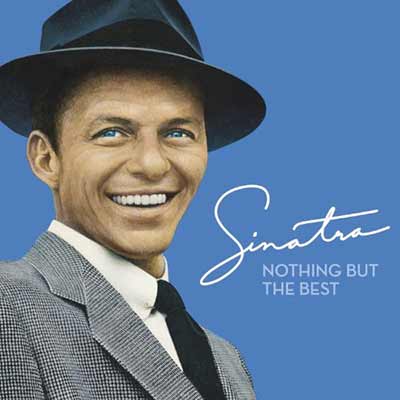 Nothing But The Best

This collection of Frank Sinatra's best work and most-beloved singles is not only a great way to celebrate what would have been his one hundredth birthday, it's also a great way to absorb the very qualities people loved about him. Nothing But The Best is a terrific display of his songwriting talent and his incredible charm.

Last month, Frank Sinatra would have been 100 years old. That doesn’t underscore much except the sadness that he’s gone. Frank was one of a kind, with a string of incredible records that nobody has been able to beat.

On Unsung, I don’t typically recommend compilation albums. That’s for several reasons: they don’t usually represent the best of what artists have to offer, and it is the belief of this publication that the album, as a format, is more popular than a collection of singles will ever be. But in Frank’s case, that’s a bit different. He was making music in an era when the album wasn’t valued like it was in its pre-iTunes heyday: then, like now, all the money was in singles. So that’s what labels pushed for.

In that sense, a collection of singles is possibly the best way to hear the genius of Sinatra’s. It’s one unstoppable hit after the other in a series of groovy jazzy hits. There’s nobody better than Sinatra at this, and there’s been no better occasion to celebrate his mastery of the musical form.

He did it his way, after all.