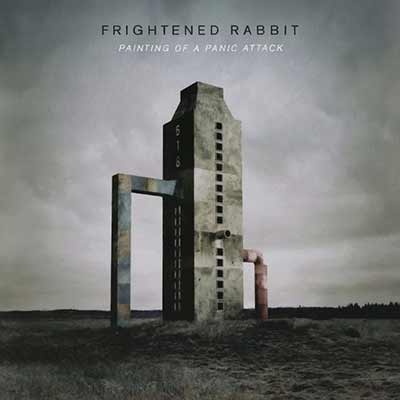 Painting of a Panic Attack

Frightened Rabbit’s latest release sees the band streamlining their sound and their misery, largely thanks to production work from The National’s Aaron Dessner.

There comes a point in every band’s career when their sound has to be simplified for the sake of performance. As a band’s trajectory increases and their audience grows, their sound needs to be simplified. It’s not because the band needs to market themselves to the lowest common denominator; it’s because live music has to be simple to work well in an arena. Case in point: Master of Puppets doesn’t work in an arena the same way Enter Sandman does.

In the case of some artists, streamlining can work remarkably well. Sharon Van Etten and Local Natives expanded their palette and streamlined their sound without sacrificing the qualities people loved about them (all thanks to producer Aaron Dessner as well). Mumford & Sons, on the other hand…

Painting of a Panic Attack is the sixth record from Frightened Rabbit. Their previous album, Pedestrian Verse, saw them streamline their sound into something more palatable for mainstream taste. This record sees them streamline it even further.

The influence of Aaron Dessner is pretty clear: Painting of a Panic Attack sounds like The National. The two bands have always rubbed off on each other as touring friends and label mates, so this doesn’t come as a surprise. But Dessner’s focus on minimizing the extraneous instruments and sounds that Frightened Rabbit bring to the table results in a record that isn’t very different from his own band.

Death Dream and Little Drum are great examples of that style: staccato-like drums that serve as accent pieces, simple piano chords that are allowed to ring out, and clear focus on the morose vocal work. The album closer, A Lick of Paint, represents the sound that the band is going for at its best I think: several instruments working together, but all of them working as smaller parts of a whole.

Simply put, under the helm of Aaron Dessner, Frightened Rabbit has become much more restrained.

Should it be surprising? No — the band has been moving in this direction for years. In a lot of ways, this makes Frightened Rabbit better: the band’s morose vocal performance has always been its highlight, and the scatterbrain instrumentals haven’t always been on the same page.

If anything, Painting of a Panic Attack and Pedestrian Verse marry together well as complementary records. But Panic Attack sounds more cohesively depressing. It’s a National record from another band, perhaps, but it’s also one that marks where Frightened Rabbit is at emotionally. It’s a powerful record that shows the band maturing, even while they remain as morose as we’ve always known them (perhaps more so). And undoubtedly, these songs would sound even better live.