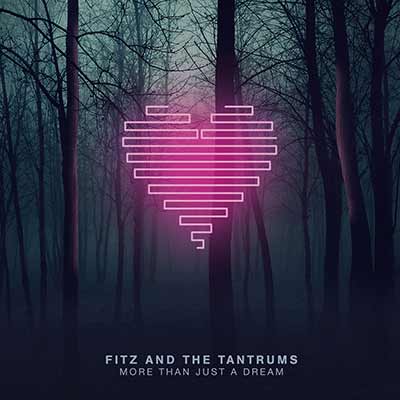 Fitz and The Tantrums

More Than Just a Dream

Fritz and The Tantrums turns More Than Just a Dream into a pop record that’s “more than just a fling” with great songwriting and a flair for theatrics.

Fritz & The Tantrums are also a lot better than the usual fluff, with catchy songs like Out of My League, Spark, Keepin’ Our Eyes Out, and more. This is one of those albums that you don’t need to listen to the tracks in order. That’s not to say that it doesn’t reveal more with deeper listening, but that Fritz & The Tantrums are multi-faceted. They know how to write a great song, and they’re willing to let it stand on its own. I suspect it’s largely because the songs would be great live.

You could also grab a few tracks and throw them on next time you throw a party, and just dance. You’ll have fun, and that’s the bottom line. Fitz & The Tantrums are a lot of fun. And sometimes, you don’t need much more than that. Surprisingly, although “deluxe editions” are usually gimmicky piles of crap, the Deluxe Edition of More Than Just a Dream has a couple remixes that are well worth listening to at the end.