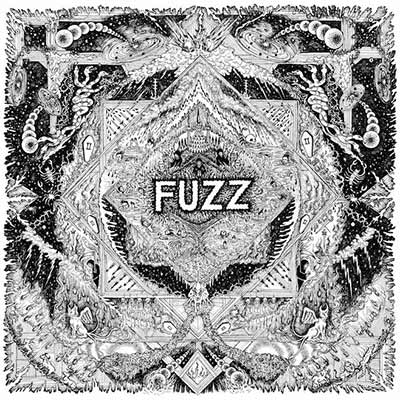 Fuzz's II is a take-it-or-leave-it collection of fuzzy, distorted stoner rock that sounds amazing turned up, but suffers from its inability to remain focused. On its own, that means it's the purest example of a stoner rock example out there.

Seriously, Fuzz is living up to their name here: this record is balls to the wall, all the time, without a break. And man, are the guitars ever fuzzy. This record ha so much fuzz that it sounds really bad on low-quality speakers. Seriously, put on your best pair of headphones for this. I know it sounds weird, but buried in all that fuzzy distortion is some amazing tone — particularly from the bass guitar. This is a gnarly record.

The biggest issue that Fuzz has is that they simply don’t know when to stop. Most stoner rock is filled with long songs, but these guys think they’re High On Fire or something. (Yes, I know, it’s a ridiculous band name if you don’t keep up with stoner metal, look them up.) Their songs are too long, and they’re all over the place.

At the same time, for what it is — a record you’re supposed to get high to — II is pretty much perfect. But it’s not a perfect record. Some of Fuzz’s contemporaries (like High on Fire or Mastodon) perfected this genre a long time ago. With II, Fuzz prove they can compete. But I think they can ace it and define the whole genre.