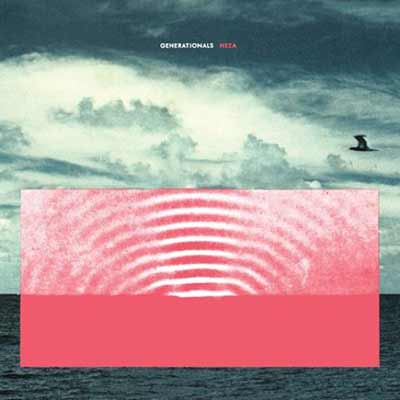 Generationals can be favourably compared to Vampire Weekend, but on Heza, the band feels free to reference their heroes while carving forward their own unique flavour of indie rock.

I’ve heard Generationals compared favourably to Vampire Weekend before. I could see that. They’re not ripping Vampire Weekend off or anything, but their cheery and somewhat bombastic synth-pop sounds do share some common roots. While Spinoza is a great opener, Say When is the track that really sounds like early Vampire Weekend by another name. I’m not complaining. It’s a great sound.

Put a Light On is another great example of Generationals’ sound, but it wouldn’t sound out of place on an iPhone commercial. (Actually, that’d make a great iPhone commercial.) Curiously, since Generationals are clearly not keen in staying in one place, I Never Know has more in common with Whole Lotta Love era Led Zeppelin than it does Vampire Weekend. And I adore I Used to Let You Get to Me, which is catchy and angry and proud and melodic all at the same time.

There aren’t many moments on this record that aren’t pure fun. Let me put it to you this way: If I was putting together a barbecue with some friends right now (which I am) and was putting together some music for it (and of course I am), then Heza would be featured in nearly its entirety (and it will be).