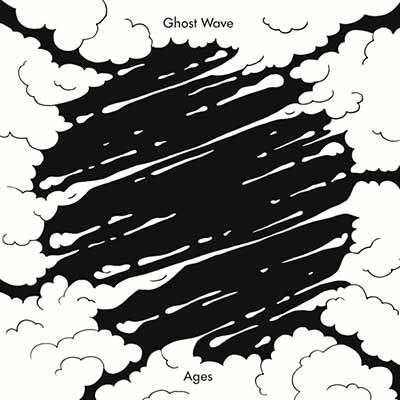 Ghost Wave’s Ages is a catchy rock record that fans of Black Record Motorcycle Club and garage rock are going to love.

In tone and garage rock mentality, Ghost Wave remind me of Black Rebel Motorcycle (who have been featured two times on Unsung). Both bands are playing off the noise and pop rock trends that were popular during the grunge area, but Ghost Wave has a 1970s flair to it that BRMC sometimes misses.

Horsemouth is the perfect opener that lets you know exactly what to expect. Don’t like Horsemouth? Skip to the next album on today’s list. I Don’t Mind keeps moving with the same sort of flow, but it’s a little more fun. Pick any track from the album, though — Here She Comes, Teenage Jesus, Orb, it doesn’t matter. Every one of these songs is very clearly from the same band and off the same record. It’s consistent.

The songs don’t quite suffer from sounding the same, but if you’re just listening to a few tracks while folding the laundry, they could blend together. I’m not sure if that’s a bad thing or if it just means Ghost Wave knows exactly what they’re good at, but I’m willing to go with the latter. Ghost Wave know exactly what they’re doing, and Ages is a phenomenal record for it.