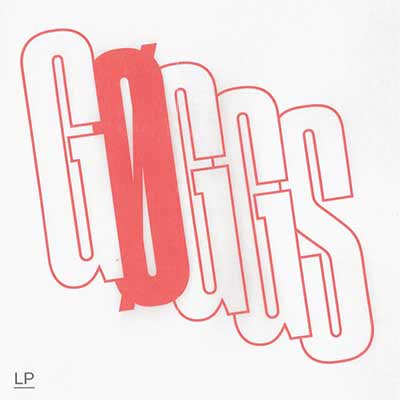 GØGGS’ debut is another unrelenting entry in Ty Segall’s canon, but that’s not a bad thing. GØGGS rips from beginning to end. It’s a real, no-compromise punk record.

The press release for the debut record from GØGGS has a line that says: “Ten tracks of misanthropic noise to bring home to mom’s house on fire.” I kid you not; that’s a real line from the press release. (That’s not a knock on the press release — it was great and you should read every word of it.)

That would be laughable if the music didn’t live up to it, but the good news is that Ty Segall’s newest project is one of his punkiest, noisiest records yet. It’s fuzzier than Fuzz and certainly more in-your-face than his other bands, although prior to GØGGS I didn’t know that was possible. It’s Segall at his most absurd, and maybe his most fun.

When I first heard the opening track, “Falling In,” I was instantly reminded of Savages’ Adore Life (still one of my favourite records this year). But the tone changed very quickly. I was worried for a moment that this would be a slow, calculating Segall record. But GØGGS is a raw, energetic record from one of rock’s most raw and energetic leading men.

It’s worth noting that Segall isn’t the only talent on the record: Fuzz drummer Charles Moothart and Ex-Cult’s vocalist Chris Shaw are both on board too. Chris Shaw’s vocals are a great complement to Segall’s fuzzy tone. The great bass lines throughout help too. Seriously, if you play bass guitar, this is going to be one of your favourite records of the year. The bass work is fantastic and it’s audible.

As much as this feels like a Segall record, at this point, it’s also starting to feel like he’s parodying himself. It’s yet another project from him (how many bands does he have now?) with fuzzy production and a clear anti-modern aesthetic. Even guitar solos, like the ones on Shotgun Shooter, are kept short and sweet — and as distorted as possible. It’s Segall playing Segall. I don’t know why it couldn’t have been released under any other one of his monikers.

But it’s also got some hardcore punk influence, too. Dead Kennedys are undoubtedly an influence here, but so is Minor Threat. Sometimes, the band sounds intentionally nightmarish, projecting punk-influenced drone metal on the title track. (It’s weird, but it’s also pretty cool.)

I love “Assassinate the Doctor,” which feels like everything I loved about hardcore punk in the first place. It’s twisted, it’s ruthless, it’s violent. It’s also a ton of fun.

GØGGS doesn’t overstay their welcome: the ten tracks fly by, and the record isn’t padded out with any signs of weakness either. The final track, “Glendale Junkyard,” is as much of a ripper as “She Got Harder,” the album’s third track. It’s a testament to Segall and crew that, even if you can’t tell Ty’s bands apart any more, they’re still ripping from one album to the next with nary a stop for a breath.