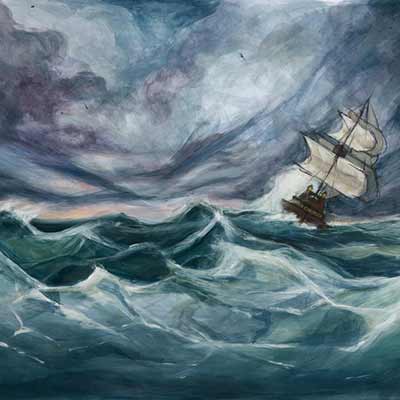 Gold Complex’s debut EP is a fun soul pop EP that shows a lot of potential.

There’s something kind of magical about Gold Complex’s magic. On their debut EP, the band adds a dash of gospel cues to their nearly-perfected blend of soul pop.

Gold Complex is a mere five tracks long, which the band hopes will be enough to tide fans over while they record their debut. Almost all of the songs are show-ready, though, which makes them perfect for your laid-back house parties and live performances. (And word on the street is that the band’s got a killer show.)

You don’t need to look any further than “Backbone”, the band’s opening track. There’s a great moment just about three minutes into the track: a sax solo fires up in the middle of a track, and for a split second, you think it’s the vocalist gearing up for another verse. The solo’s surprising every time, and never unwelcome.

The blend of soul and pop continues on “O.G.”, which has a couple terrific bass lines. “Cities & Lovers” and “Katrine” slow things down a bit towards the end. These slow-burn tracks harken back to some of the biggest names in old-school soul and R&B. “Katrine” has my favourite solo moment on the record. It’s a simple scale-stepping solo at first, but the way the instruments all bounce off each other is delightful.

The music works because the band is able to pull off the blend so perfectly. Gold Complex (the EP) is a perfect blend of soul and pop that’s both completely impressive and utterly inoffensive — which makes it a great introduction to the genre for those of us who have a time approaching it. It also shows great potential for the band.

If the EP has any downside, it’s that it’s nearly too polished. Gold Complex could benefit from letting their music get a little rough around the edges. As it is, lovers of soul music might find the EP pandering. But if the band stripped away any of the polish, I don’t know if they’d have the same audience.

So let me just say it, and get the elephant out of the room: Gold Complex is soul music for white people. But the band is so good at it that it’s hard to fault them for it.