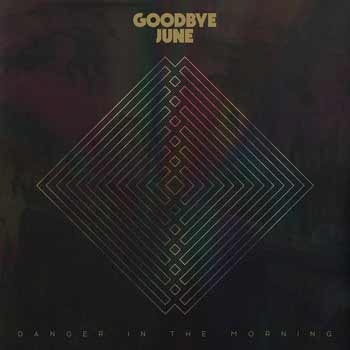 Danger in the Morning — EP

Goodbye June’s new EP is astonishingly good, real rock and roll that lands somewhere between the aggression of hardcore punk and the approachability of crossover pop.

Goodbye June is the real deal. It’s hard to overstate this. Their singer, Landon Milbourn, has an incredible voice: soulful when quiet and ferocious when unhinged, the easiest way to describe him is to say he howls when the band gets loud.

On “Oh No” and “Man of the Moment”, Milbourn really lets it rip. Massive choruses, big hooks, and yes, crazed howling, dominate these songs. They’re fantastic.

On other tracks, like “Daisy” and “Darlin’”, the band’s tender side is revealed. “Daisy” sees them turn a quieter song into a giant anthem, and “Darlin’” sees them exploring a tender blues sound. The whole EP is pure rock and roll from start to finish. It’s refreshing to hear rock music this good.

In 2012, Goodbye June released their first record. They won a big-time award in 2014 that earned them attention at Interscope, where they signed earlier this year. This EP is their first since then, and like the sophomore album that will soon follow, it’s been purposefully focused on old-school, straight-forward rock and roll.

I could have told you that without reading the press release. Suffice it to say: they nailed it.

The title track, which is the last track on the EP, is a blues rock track with a massive chorus and a great hook. The songwriting is impeccable, too: There’s a huge, guitar-filled chorus that leads directly back into the verse, which gets more intricately layered the second time around. The song continually builds on itself.

Goodbye June knows what they’re doing here: this is intricate, quality songwriting. All the parts work together.

Danger in the Morning is one of the most promising EPs I’ve heard all year, and I’m looking forward to the eventual sophomore release (and major-label debut) from Goodbye June. If this EP is a sign of what’s to come, we’re all in for a treat.