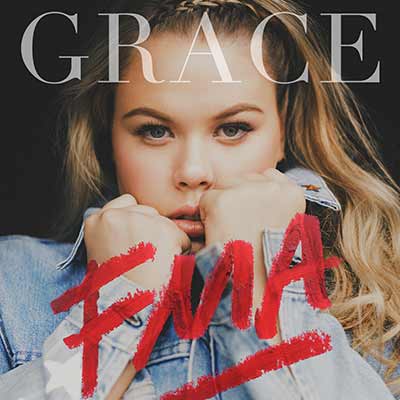 You might be familiar with Grace’s voice thanks to the prominence of “You Don’t Own Me” in certain Suicide Squad trailers, but her debut record covers much broader pop ground.

I instantly recognized Grace’s cover of Lesley Gore’s “You Don’t Own Me” from a certain Suicide Squad trailer. The cover is sensational, offering a completely different take on Gore’s classic pop single. But Grace’s spin on it feels modern, almost futuristic, with all the vocal purity of pop’s best singers. With a rapped verse from G-Eazy, the song stands out from the rest of the album because the style is so different.

Grace Sewell’s first record is impressive — and not the least because she’s only nineteen years old. In a lot of ways, it’s a reminder of Adelle’s earliest records (made when she was also nineteen): the inspirations are clear, but so is Grace’s future as an individual. “Hell of a Girl” is familiar, but its bridge dares to become something else. “Hope You Understand” is mixes soul, pop, and R&B influences with aplomb, but Grace’s voice is singular here.

Similarly, I’ve heard music like “Coffee” before — the coffeehouse song from so many aspiring musicians. But Grace’s effortless performance and ability to subtly build vocal elements throughout the track speaks wonders about a future where she’s less constrained by the music she’s grown up with and becomes an identity to herself. These tracks all hint at it.

But most importantly, Grace’s debut is effortless. Like Adelle and Winehouse, Grace makes it sound so easy — as if it’s easy for her. Tracks that rely almost entirely on vocal tricks — like “New Orleans” — sound as if Grace could sing them in her sleep.

As a result, FMA becomes magical. It’s an album most vocal performers dream of — a debut that captures the magic of youth and raw inspiration and influence as it’s all mixing in a bottle. Without a doubt, FMA is the beginning of something special.