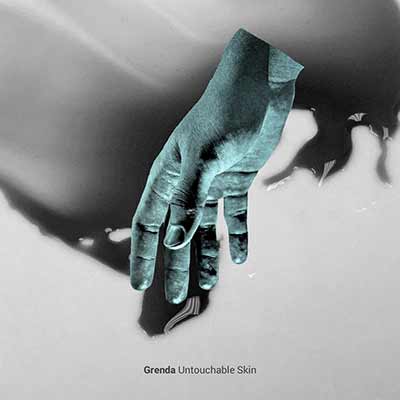 Grenda’s debut LP is a catchy electronic delight; it entertains despite its simple themes thanks to dense production values.

Grenda, whose real name is Eduardo Amezcua, is only sixteen years old. If you were to judge his age by the maturity of his music, you would never guess this were the case. It sounds Grenda has been making music much longer than he has, and Untouchable Skin is a debut album that will stick with you for days.

Untouchable Skin isn’t doing anything new, but while other electronic producers are experimenting with avant-grade genre-pushing boundaries, it’s great to see somebody stick with what works. Grenda’s rhythmic pulsing music is both trip-hop and electro-pop, with strong hints of techno throughout. It’s often mesmerizing.

Element of Risk is his first single, and with an aggressive drum track, it sounds like the marrying of Trent Reznor and Flume. But it’s also incredibly visual music, music that you can “see” as you listen.

At the same time, the inescapable weakest link in Amezcua’s music is the vocal work. Tracks where his singing is dominant don’t work as well as the electronic efforts. Thankfully, it sounds like he’s realized this: he uses his voice to amplify the electronic work, matching and harmonizing in simple ways that sound like an electronic version of what Ozzy Osbourne was originally doing in Black Sabbath fifty years ago.

It’s a good call: vocals-as-texture is an appropriate approach here, especially since the album feels like an experiment in textural loops and minor variations on themes. Blind Folded is another great example: his voice does minor backing duties to the instruments, which are densely packed in maximalist fashion, as if Grenda is challenging us to suggest another way he could layer everything.

Dry Lips is a standout track as well because it reveals Grenda’s attention to detail: he’s a self-aware electronic producer that is far more advanced than many of his older peers. And while his vocabulary is limited (Higher sounds like many other tracks on the record, for example), his ability to marry elements into dense packages that each feel unique gets him very far.

The biggest question for Grenda is simple: what comes next? As great as Untouchable Skin is, it feels like a clear exploration of a single theme. If he can continue to expand his sounds, Amezcua is going to have a great future with this electronic work.